Bart Classens (NED) wins Stage 2 of the 25th Crocodile Trophy at Ringers Rest in Mareeba with a sensational finish time of 03h10:02,5 on the 76km circuit marathon. With a 33 second gap the South African racer Alan Gordon comes in second and third is Stijn Van Boxstael (+1:13min). Right behind the Belgian racer in fourth is the Australian race leader Michael England who not only defends the leader jersey, but also increased his lead to his strongest contender after day two, Alan Gordon, to 25 seconds. The female leader Angelika Tazreiter (AUT) crosses the line in 3h56:48 as 17th outright today.

Stage two offered a circuit marathon in the beautiful Danbulla Forest National Park with its World Heritage listed rainforest on the Atherton Tablelands. Nestled between the Tinaroo and Lamb ranges the lush national park stretches along the banks of picturesque Lake Tinaroo, the famous bird and wildlife sanctuary as well as popular fishing spot on the Tablelands. Riders described the race terrain as a non-technical winding dirt road and the 1900vm elevation profile demanded ascending and descending the magnificent Mount Edith with three major climbs, which is know to the locals as the “Mt Edith Loop”. With gradients of 7-8% and five, eight and ten kilomenters in length the racers admitted that the climbs had been offering spectacular surrounds, but had been very tough, however, had also offered adrenaline-fuelling descents.

Today’s stage winner is Bart Classens from the Netherlands. After loosing 14 minutes yesterday today had worked out well and felt like ‘opposite world’ to him, “Yesterday was terrible for me but today was much better as I was able to ride in the lead group of four all day and we worked together well. On the last climb I attacked and together with the South African [Gordon] we rode away from the leader of the race. I dropped him just before the finish and it was just full gas for me until the end, constantly looking over my shoulder.” He said that the last few kilometers had been an amazing experience as he had been able to see his chaser all the time in the open and flat landscape, even though the gap kept increasing to 33 seconds on the line.

After yesterday’s first stage the race leader Mick England from Central Queensland had admitted that he was very surprised about his top placing and that the hoped not to have peaked to early. “It’s quite scary now, actually, because I might have a target on my back”, he said this morning. At the finish he said that the climbs today had been longer and that he had wondered how he would go up against his European contenders, who were well used to these types of ascents. The heat and humidity had again been very challenging again and he had wanted to ride his own pace on the climbs, however, the lead group had dictated the race. Of tomorrow he expected a big group of racers sticking together on the first relatively gentle 30km uphill until the first feedzone ahead of the first major climb.

“There are lot of very fit elite and amateur racers that are very capable of riding with us in the lead group along those flatter areas and I expect there to be a bunch coming up to that first climb”, he said and that he was curious how the race dynamics would play out in the first part of the stage tomorrow.

With a solid race the former pro road racer claimed the fourth place and not only defends the 2019 leader jersey, but in fact increases his lead to 25 seconds to his closest contender after two stages, the South African Alan Gordon.

The 9:30 minute gap to third Brandan Marquez Fernandez and increases to almost 13 minutes for Bart Classens in fourth promises an exciting race ahead. The Belgian Amateur 2 leader Bram Saeys and Elite rider Alex Malone from Australia are in fifth and sixth overall with a gap of just over 19 minutes to England.

Michael England will continue the race in the Elite Men’s Croc Trophy Leader jersey with Angelika Tazreiter in the green Energie Steiermark Women’s Leader jersey beside him in the front row of the grid.

As the only Elite Woman Tazreiter has been racing a phenomenally strong race among the men. Despite today’s flat tyre she enjoys the race, “I’m surprise how quickly I got used to the heat and the landscape is really amazing. Those rainforest trails today were incredible and a completely new experience for me. I’m also surprised that I really love the Croc camp life, which somehow makes you slow down and I feel like I’m not in any rush, I really enjoy that.”

Bram Saeys (BEL) will be in the Alpentour Trophy jersey of the leading Amateur racer and Monika Bayer (AUT) will wear the Skybury Amateur Women’s jersey. The Best Australian Queensland jersey will be awarded to Alex Malone from Sydney with Lukas Kaufmann will start tomorrow in the iconic Energie Steiermark green jersey for Best Austrian.

The Crocodile Trophy also offers an Adventure pairs team category. The two Spaniards Pedro and Alex Vernis de Prats from the UFO – CA Master 2 team have defended their blue owayo Adventure Team Leader Jersey today against the local favourites Bart Duraj and course designer, Brendon Skerke, from Cairns who said that it took an all-rounder to do well at this event.

“Today was a beautiful day out, even though I suffered a bit, because I got in a bit of trouble yesterday out on course with a major mechnical. But the Europeans would have loved it as it wasn’t too technical, there were quite a few shady sections in the rainforest. It certainly rewarded the climbers amongst us, but the weather was really good today.” Skerke said that for his team with Bart Duraj the race so far hadn’t gone to plan at all, “I had to ride standing up for 50km yesterday because of a frame failure, so my legs really hurt. But I always have  slow start, I’ll get into it, I’m sure.”

Once more the Croc camp rests at Ringers Rest, where the riders and crew will be treated to hearty and delicious food and a rest in the Aussie bush, knowing that one quarter of the stage plan has been completed and that the next Crocodile Trophy destination awaits on day three.  Tomorrow’s Stage 3 will be a the 83 km marathon along fast gravel roads and through the rainforest to Wondecla, a small village near the historic mining town of Herberton. Course godfather Skerke said that riders shouldn’t underestimate the flat-looking first part of the course, as it deceivingly still offered over 450vm of climbing. 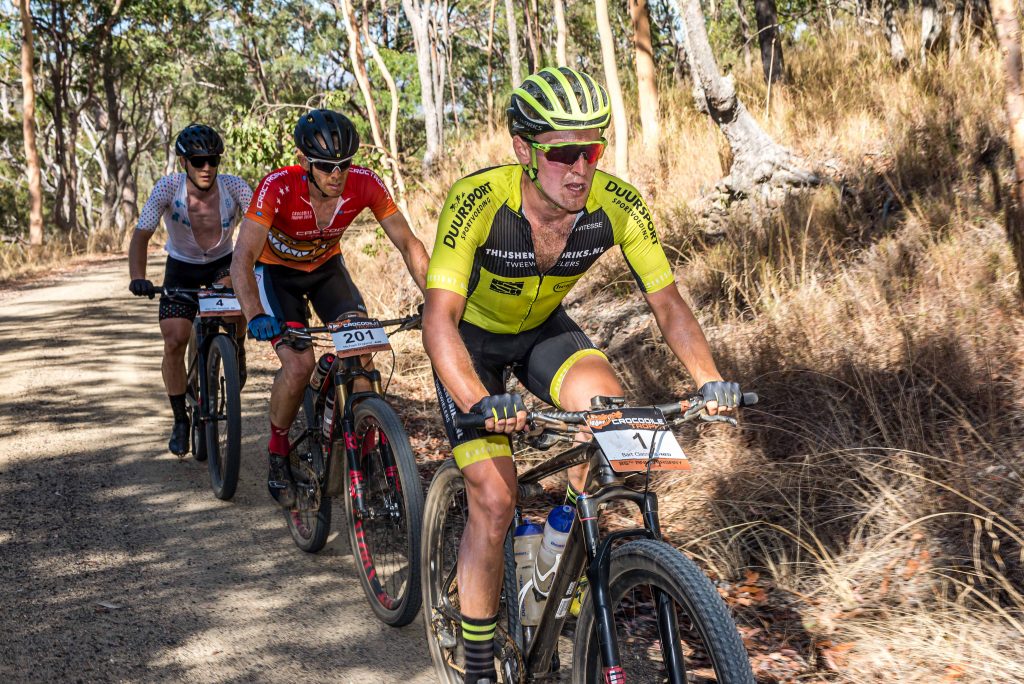 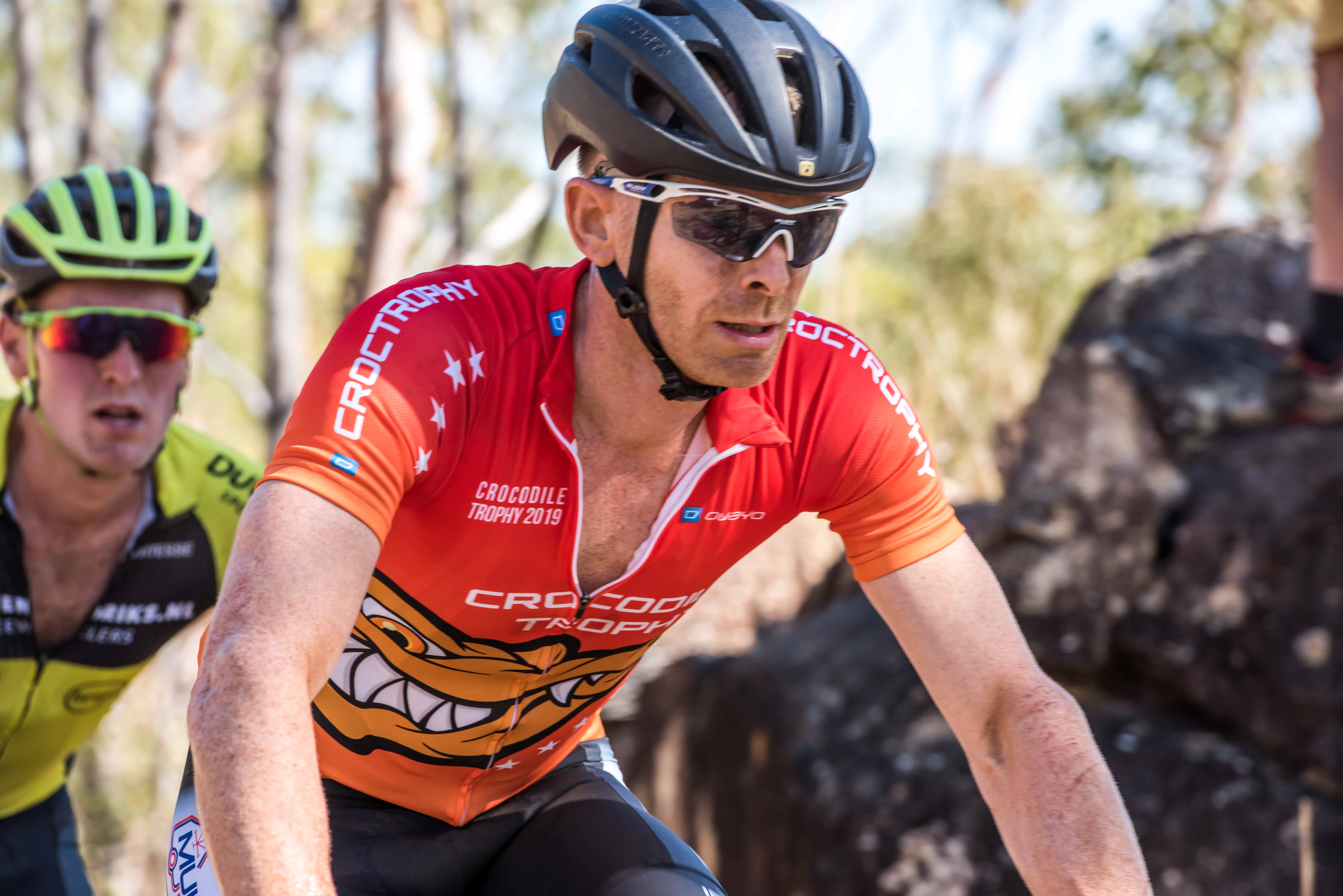 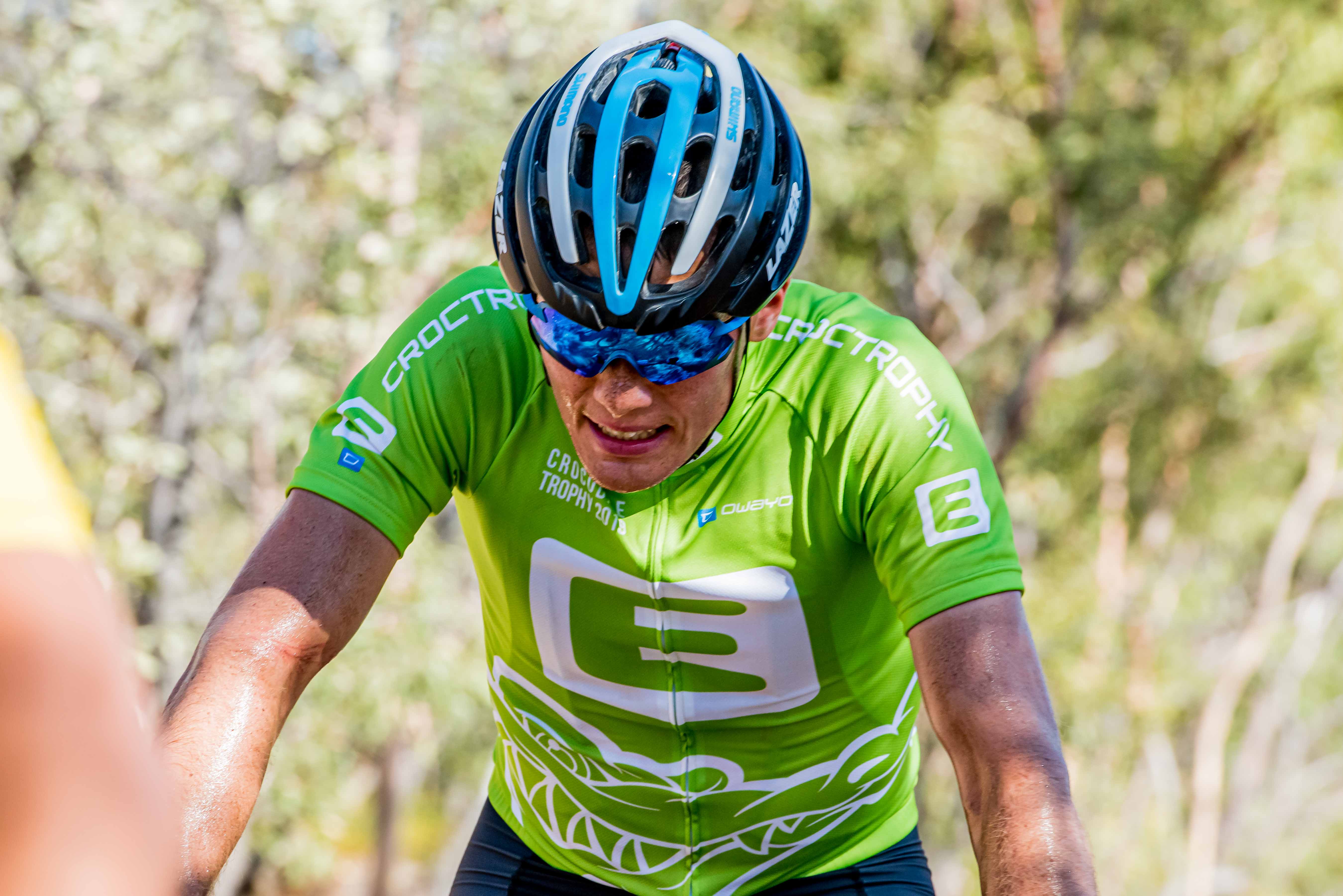 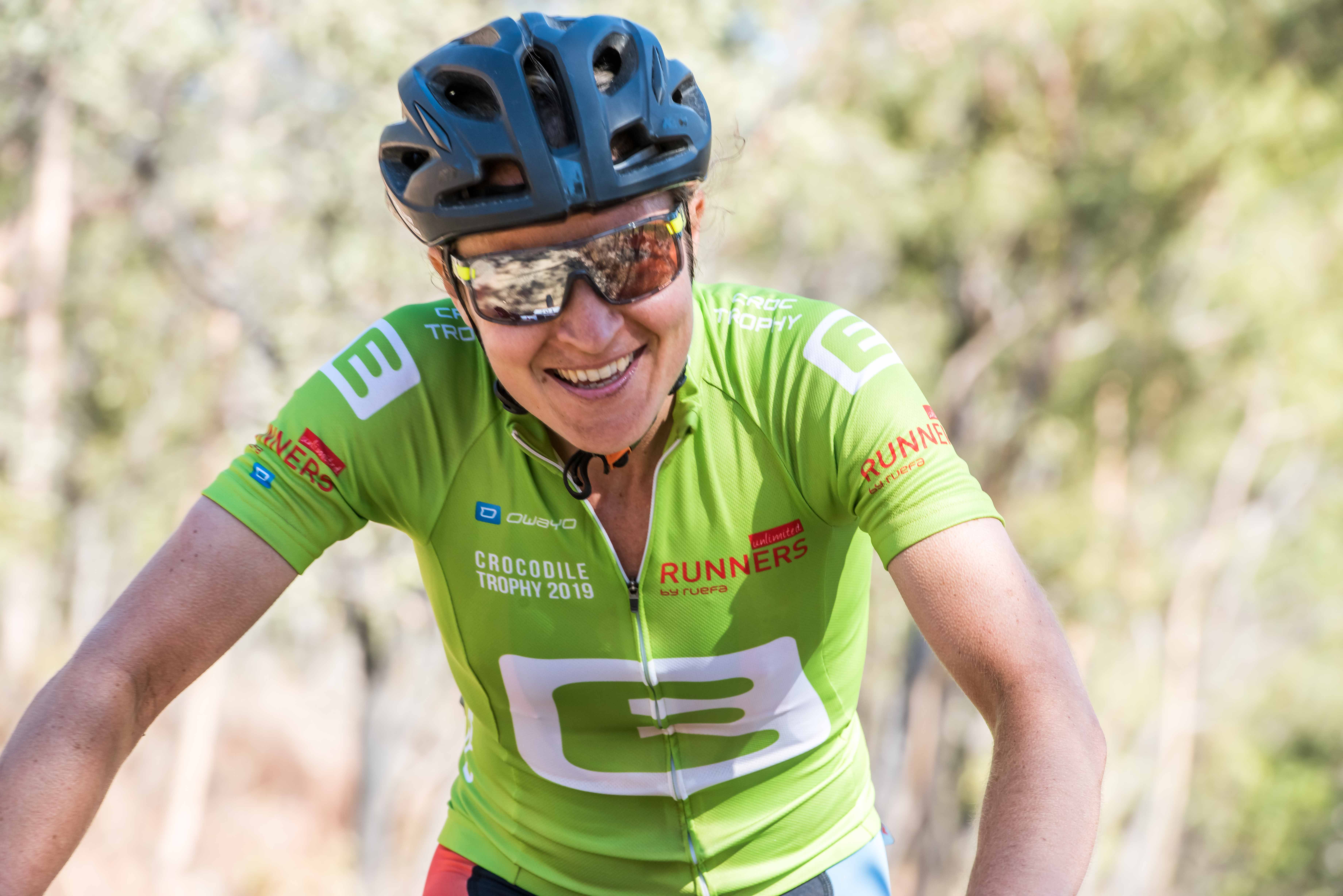 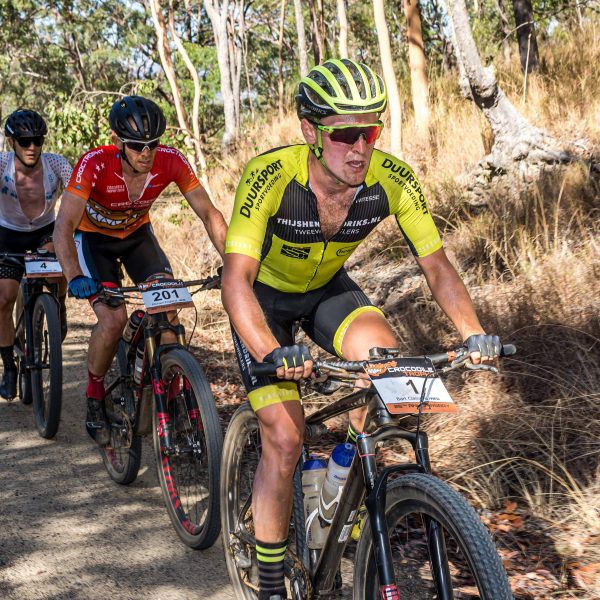 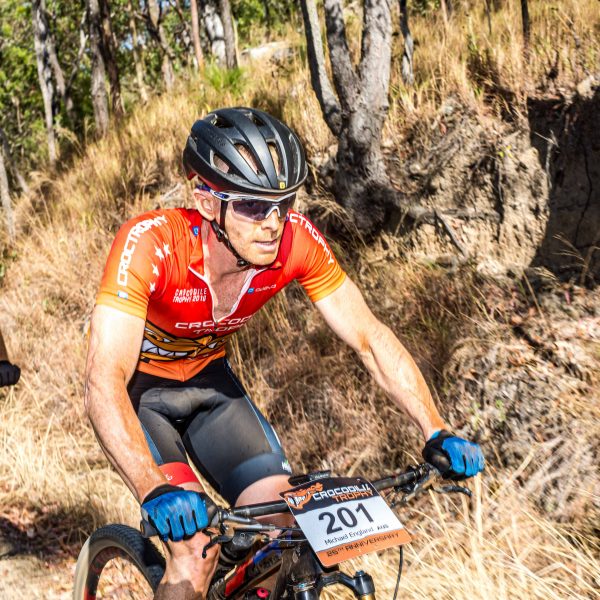 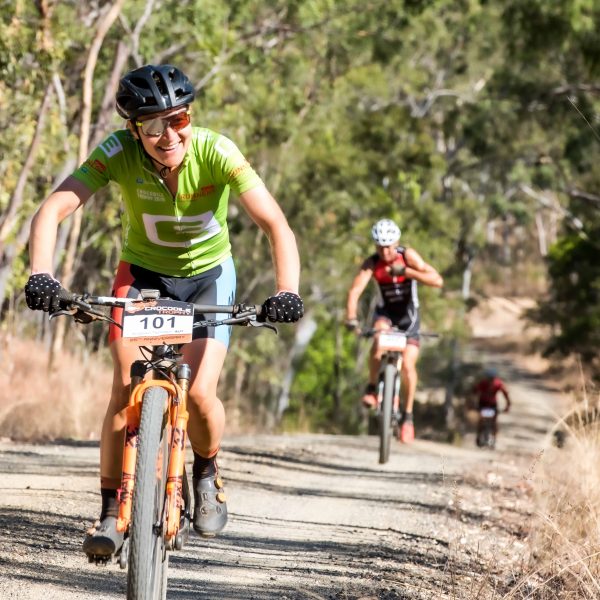 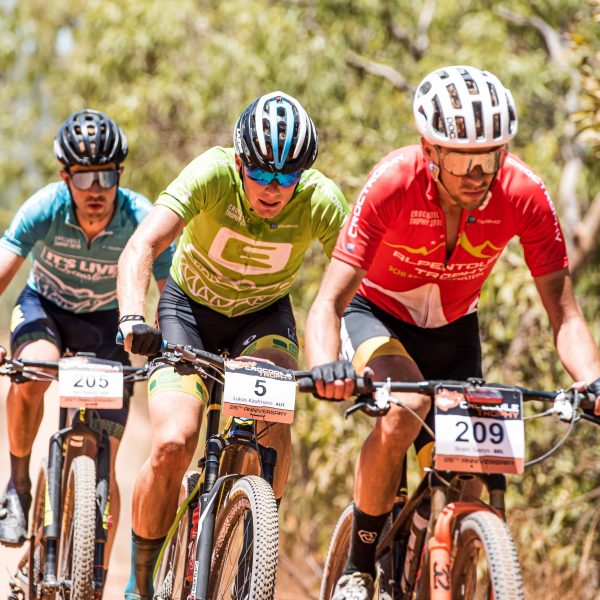 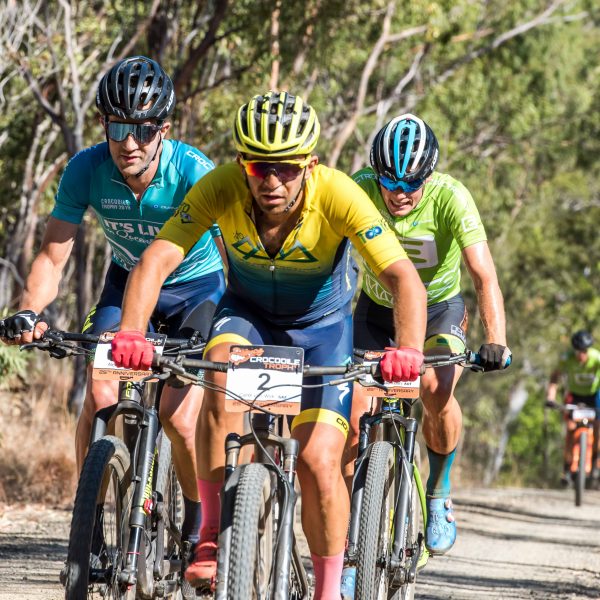 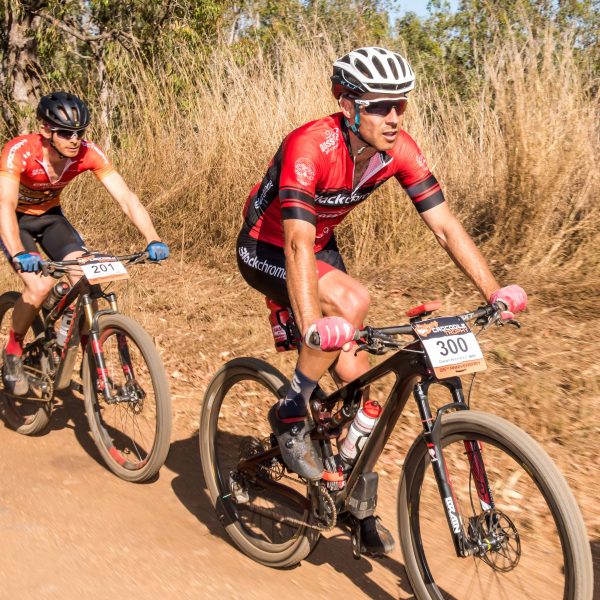 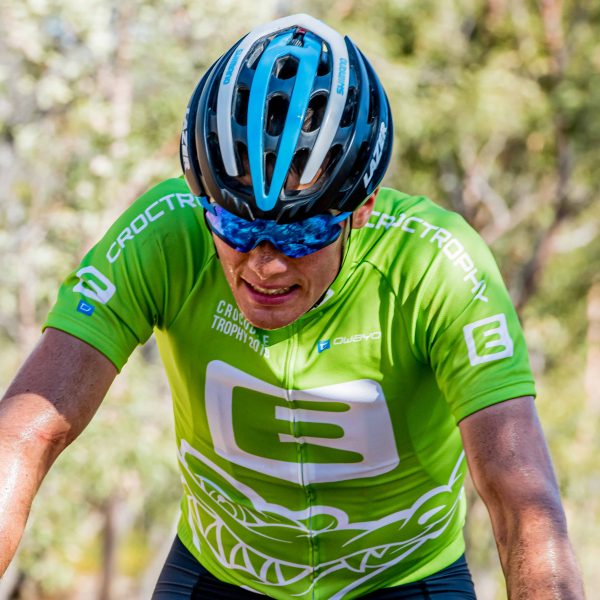 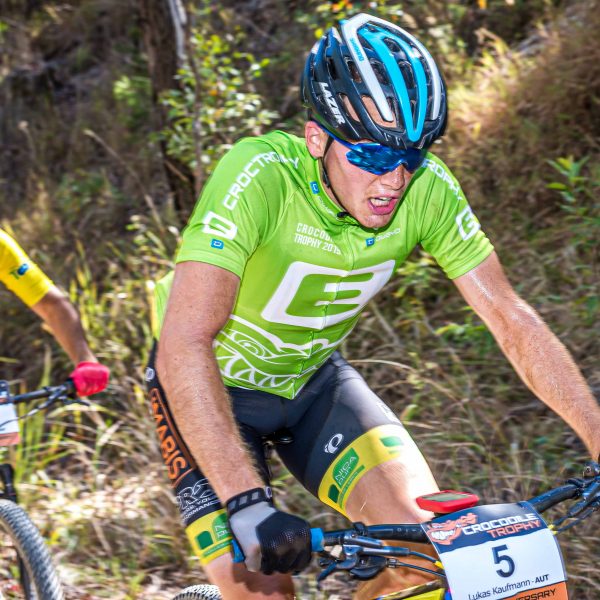 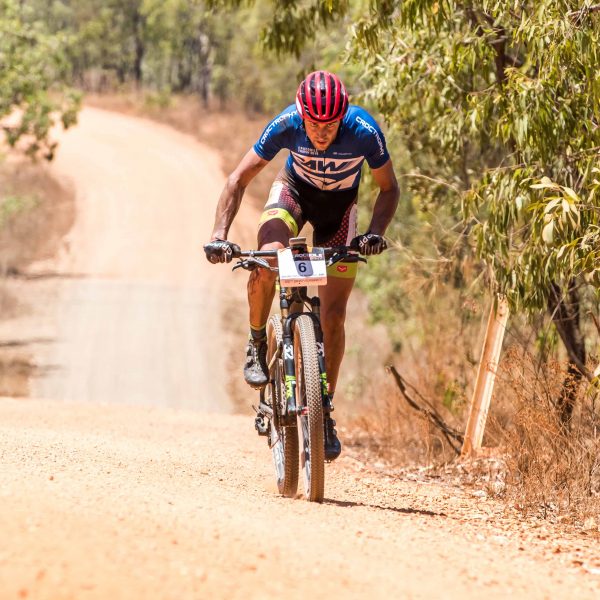 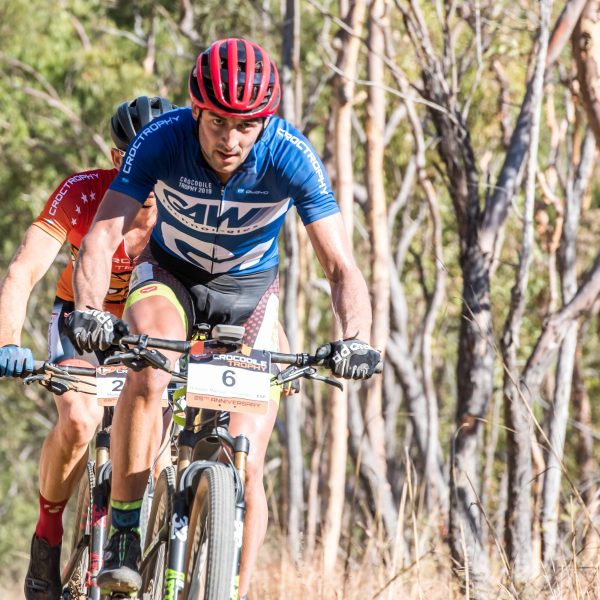 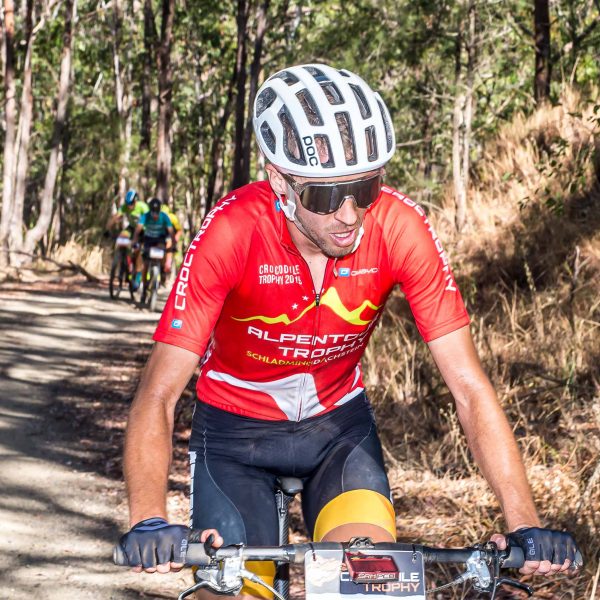 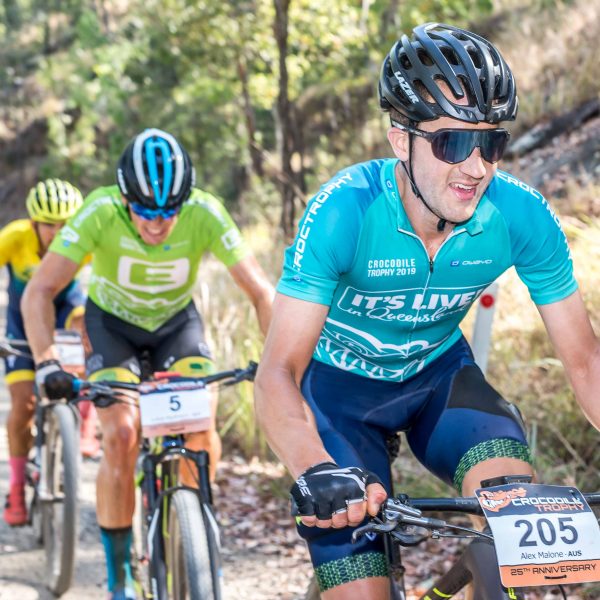