Konny Looser claims the first Crocodile Trophy stage in 03:59:48 in a sprint finish ahead of Urs Huber. Soren Nissen is in third (+4:27min) ahead of the Austrians Matthias Grick (+9:32min) and Philipp Wetzelberger (+17:16min). The Australian ex-road pro Lucy Coldwell wins in the women’s ahead of local racers and former winner Sarah White and the Belgian Sjoukje Dufoer.

Stage 1 of the Crocodile Trophy was a 100km marathon from Cairns to Lake Tinaroo via Copperlode Dam and through Dinden Forest. With 2,900m it is one of the hardest climbing stages this year, which will set the tone for a challenging 24th edition of the legendary race. All up the 66 racers will have to complete more than 700km and 15,000m of elevation during the eight days of racing through Tropical North Queensland. Endorsed by the International Cycling Federation UCI (Union Cycliste Internationale) with an S2 status, the Crocodile Trophy once again offers one of the most versatile stage plans of any race of its kind in the world, showcasing some of the most popular trails and hidden gems this region has to offer. The majority of the racing field are amateur racers competing in various age classifications and an ‘Adventure Teams’ category, the Elite Men and Women will be able to claim international ranking points and prize money. All race finishers awaits the actual ‘crocodile trophy’ after eight days of racing.

Looser and Huber break away in first marathon stage

The race started with an 11km neutral ride out of town from Cairns towards Copperlode Dam and a large lead group with all the race favourites this year established a descent gap to the chasers quickly. The Swiss racers Urs Huber and Konny Looser were the strongest and able to break away from the lead group on the steep climbs today. They decided the stage in a sprint finish after 03:59:48 of racing. “We both felt really good today, it was a great ride, really challenging”, said Huber of day one. The 33-year old Huber is one of the most accomplished Crocodile Trophy racers of all time – five starts, four victories so far. In 2018 the 33-year old returns for his sixth Crocodile Trophy and says to claim his fifth title is the “clear goal” as it would put him into the record books as the competitor with the most Croc wins of all time in the 24-year history of the race.

For ultra-marathon specialist Konny Loser it is the first Crocodile Trophy and he said that he was looking forward to the new experience. “I have raced a lot of the major stage races internationally, however, the terrain and stages in Australia are unknown to me. Of course, I will try to claim a podium position.” Looser is one of the strongest endurance mountain bike racers in Europe right now and will be one to watch this year.

The Luxemburg National Champion Soren Nissen placed in third today and will be at the start line tomorrow with a gap of 4:27 minutes. He will try to use his racing experience from his 2015 participation and second place to his advantage, he said.

In the women’s, the Australian ex-road pro elite cyclist Lucy Coldwell wins the stage in 05:05:47. Having representing Scotland in the 2014 Commonwealth Games she has taken up mountain biking only over the past twelve months “for fun”, as she said. “The Croc Trophy is an event I have always wanted to participate in and I always had on my bucket list, so this year I decided it was time to give it a crack! ”, Coldwell explained. “I’ve heard it’s extremely tough and I like a big challenge!”, she added. Placing 14th overall in the entire field and finishing with the top amateur men today she certainly put her mark on the results list.

For almost a quarter of a century the Crocodile Trophy has challenged racers from all over the World to compete in an ultra-endurance mountain bike race, that has become the most legendary event of all times. It offers an incredibly authentic eight-day Australian adventure and will return to Tropical North Queensland with its 25th Anniversary edition from 12-19 October 2019. The organisers launched the event today by opening up registration and offering a 25% discount off the participation fee for all entries until 25 October 2018.

The event founder Gerhard Schönbacher said today that he was really excited about the future of the Crocodile Trophy, “I would like to congratulate my management team with Regina Stanger and Koenraad Vanschooren leading the charge for taking over from me and implementing a lot of new ideas. It will grow stronger and remain a major event on the international stage racing calendar for years to come I am sure.”

Photos by Regina Stanger and Igor Schifris; Video by Filmix 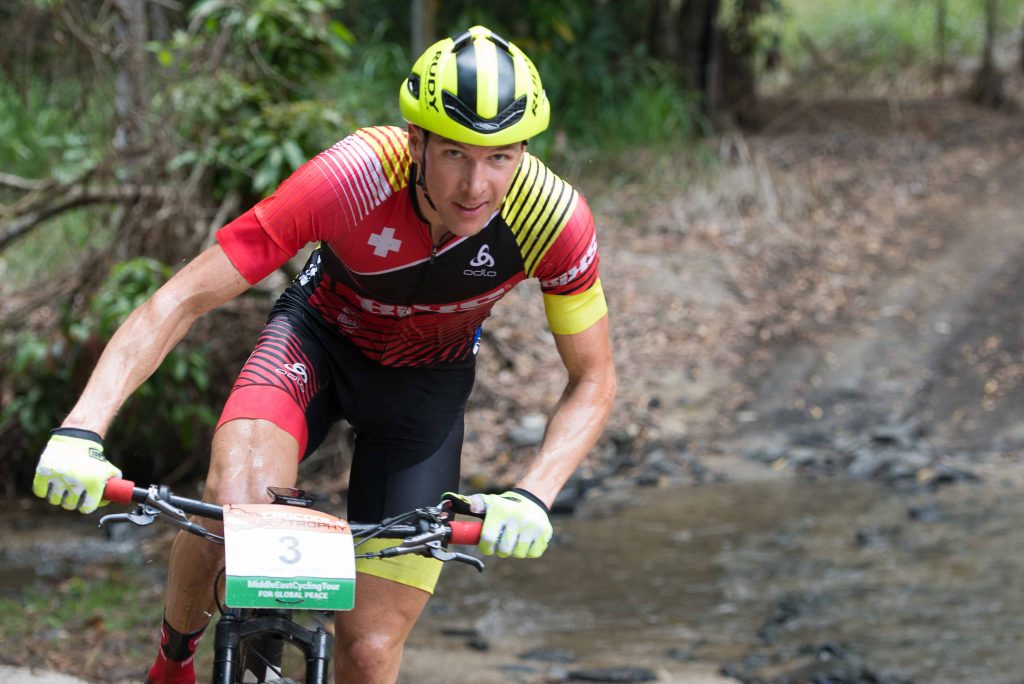 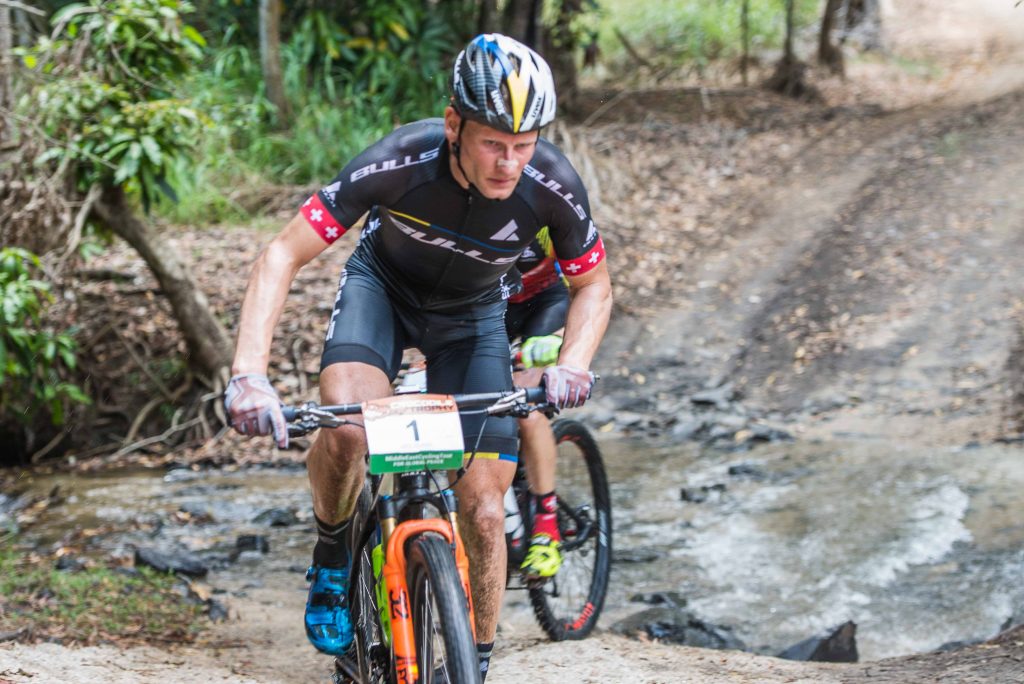 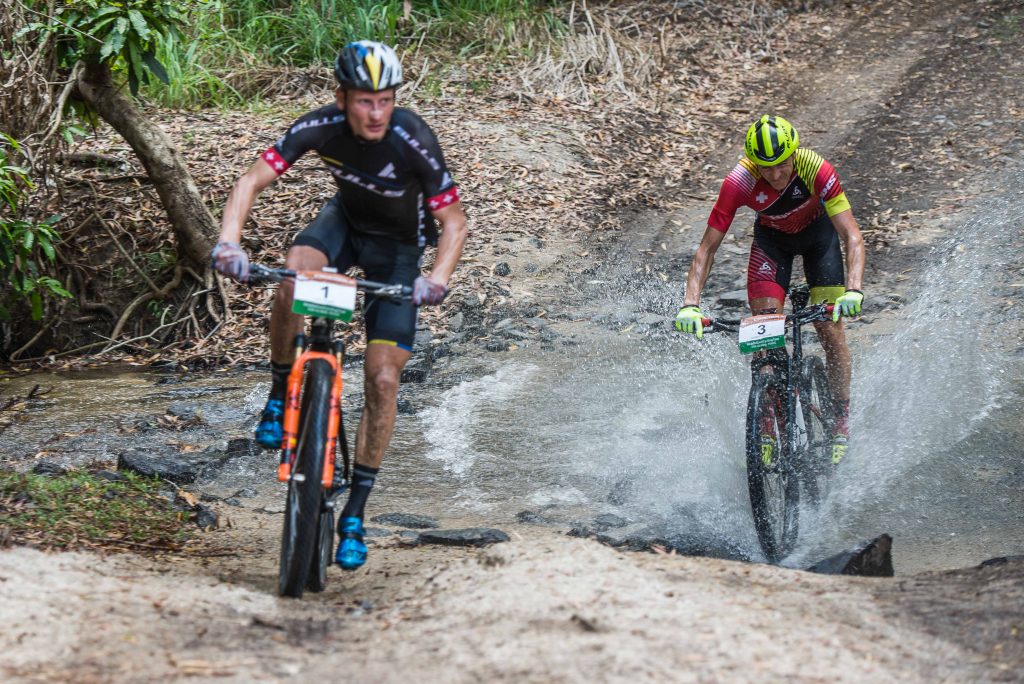 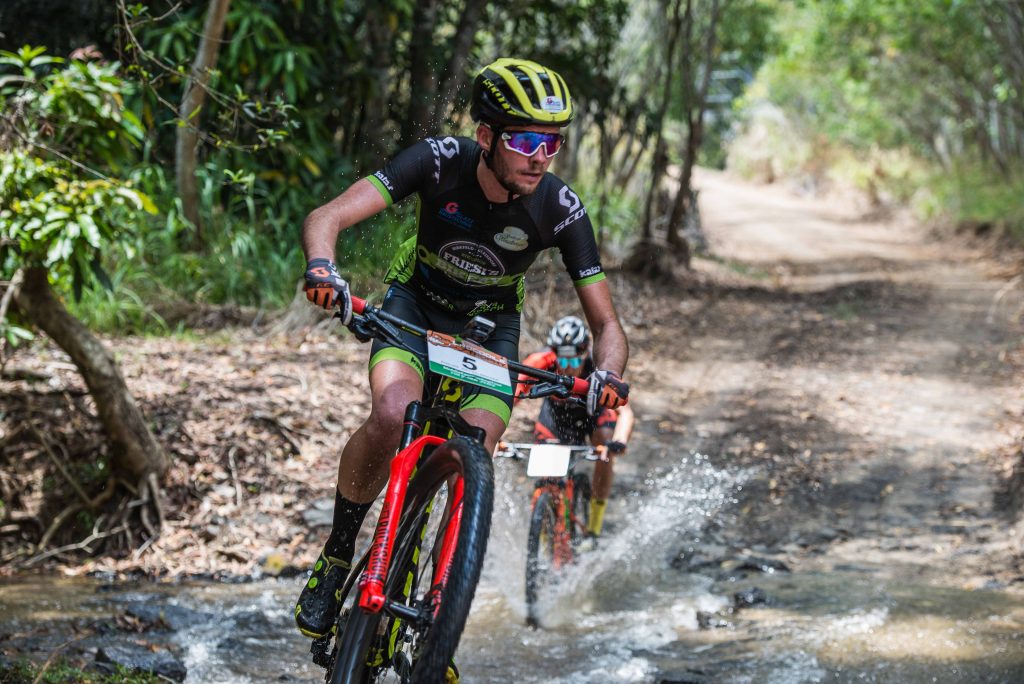 Philipp Wetzelberger focussed at one of the many river crossings today. 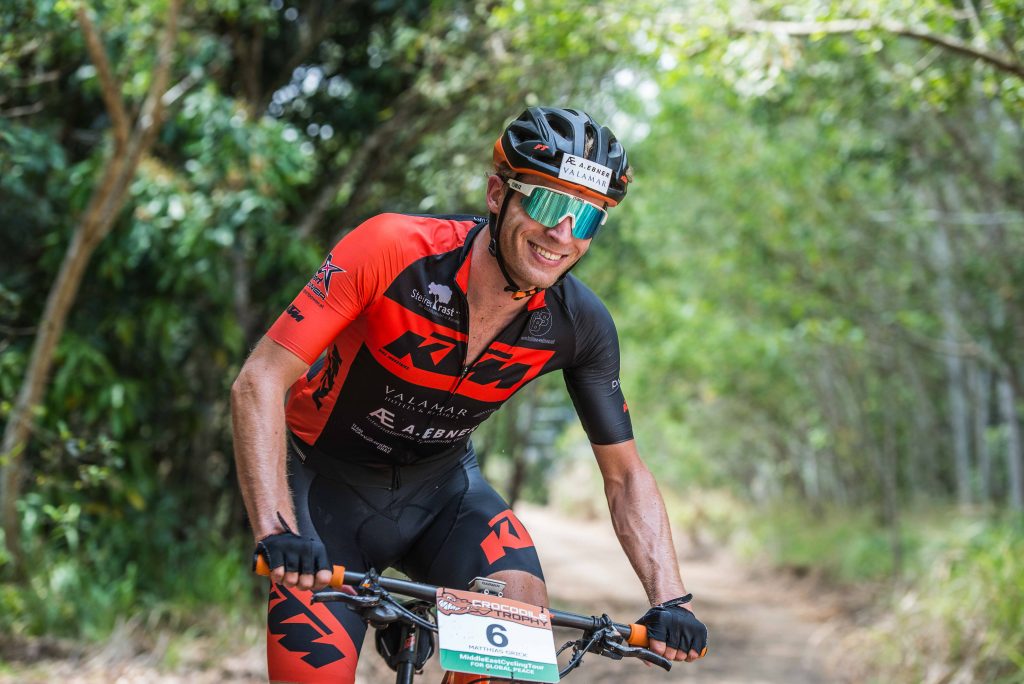 Matthias Grick has ‘his eyes on the top step this year’. Third at Lake Tinaroo today. 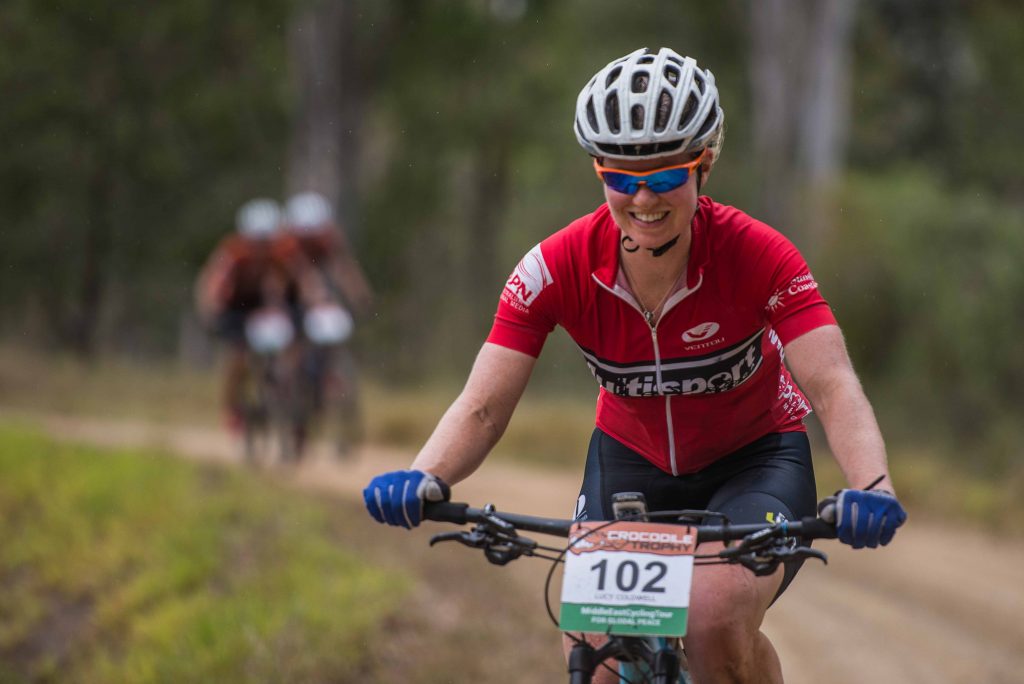