Alan Gordon wins the Queen Stage of the 25th Crocodile Trophy in 05h43:11,3 in what looks like a solo race to the finish. The South African increases his overall lead to the Australian Michael England to 5:55min. The Dutch Bart Classens places in second today (+3:12min) and moves into third overall. Brandan Marquez Fernandez finishes in  third (+3:57min) on the 98km marathon circuit on the Atherton Tablelands. With a respectable race time of 7h06:51,8 today the former Austrian National Marathon Champion Angelika Tazreiter moves up into 11th outright position.

The race organisers had added two more feed zones to help the competitors deal with the hot conditions and have offered some riders to complete a shorter course of about 56km, explained the Australian Chief Race Commissaire Tony Scott today, “We decided to add two more feed stops at the 23km and 68km marks in response to today’s hot weather conditions. It is an ideal spot on the stage route as the riders will pass it twice on the full course. We gave riders a choice to head for the finish from there.” Scott confirmed that ten riders had made this choice and that they would receive an adjusted finish time to allow for the shorter stage completed today, 56km and 1600vm

The full course added up to over 3,200 vertical meters of climbing on the Atherton Tablelands and had a classic marathon distance of almost 100km. Today started in the Atherton MTB Park and the racers did over 20 km of typically Australian-style single track including the infamous “Stairway to Heaven’” and many other popular sections on the purpose built cross-country course. Then the riders headed back out into the Baldy Mountain Forest Reserve and via the Walsh River Tracks into the Herberton Range National Park. Again tough pinch climbs provided for a challenging yet rewarding day in the saddle, including a 5 km climb to Drovers Lookout with expansive eastern views over the tablelands.

“This was definitely the most difficult stage so far”, said Alan Gordon at the finish today. “It was a long day with 5 hours 40 plus, the trails were hard but enjoyable, going through river crossings … it was awesome.” He explained that he had been struggling with fatigue with 15km to go, but sensed a bit of weakness among the lead group, which motivated him to attack and ride away from them.

Today had been a reminder of the long days in the saddle of the early years of the Crocodile Trophy some of the multiple race finishers said today. A lot of tired yet content faces at the finish, including the racers at the front end this year.

Said Lukas Kaufmann from Austria, 7th overall after four stages, “I prepared myself mentally for a tough day and must admit that this was an incredible experience. I have competed in a lot of races, but this was something else… such a long stage, I was on the bike for 6 hours and 25 minutes, the heat was incredible and I was so happy to reach the feedzones to get more water, all in all today was one of the hardest marathons I’ve ever done.”

His fellow Austrian competitor Angelika Tazreiter agreed, “Today was tough, it took quite some time to reach the mountain bike park in the morning with long, slow climbs and there were quite a lot of sandy sections where I had to get off the bike. That climb in the mountain bike park took it’s toll for me and to reach those feedzones was a real relief every time.” Tazreiter has been racing strong these last few days and sits currently in 11th outright position.

Tomorrow, the longest stage of this year’s event awaits with a 120km marathon to the next stage destination at Skybury Tropical Plantation, one of Australia’s major coffee and tropical fruit producers. With an elevation of 1200vm the riders will climb less than half of what they have endured today. 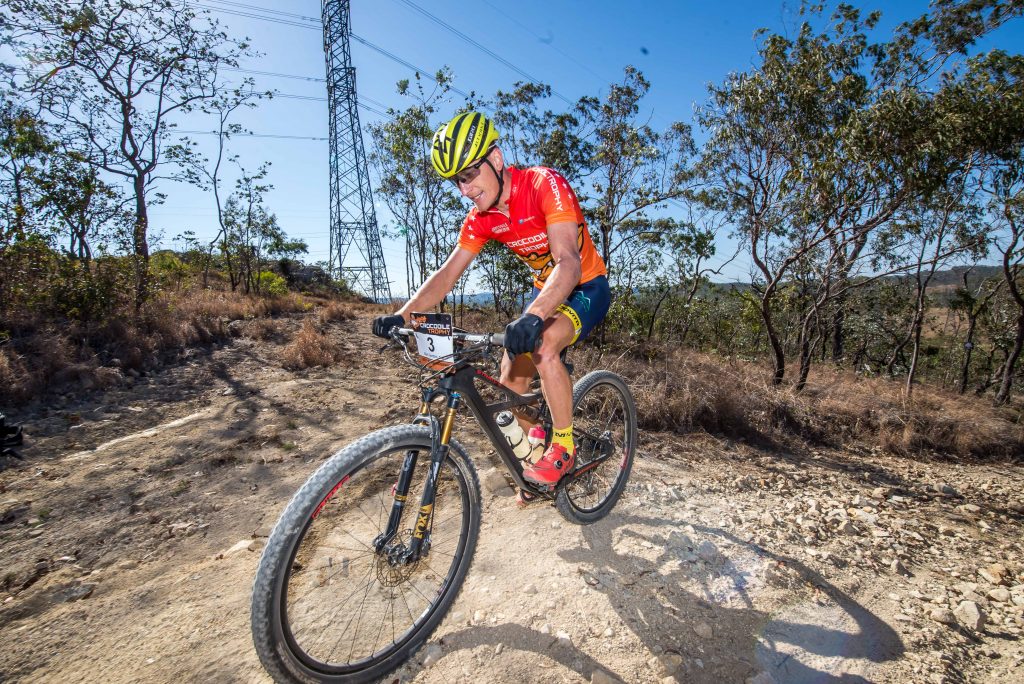 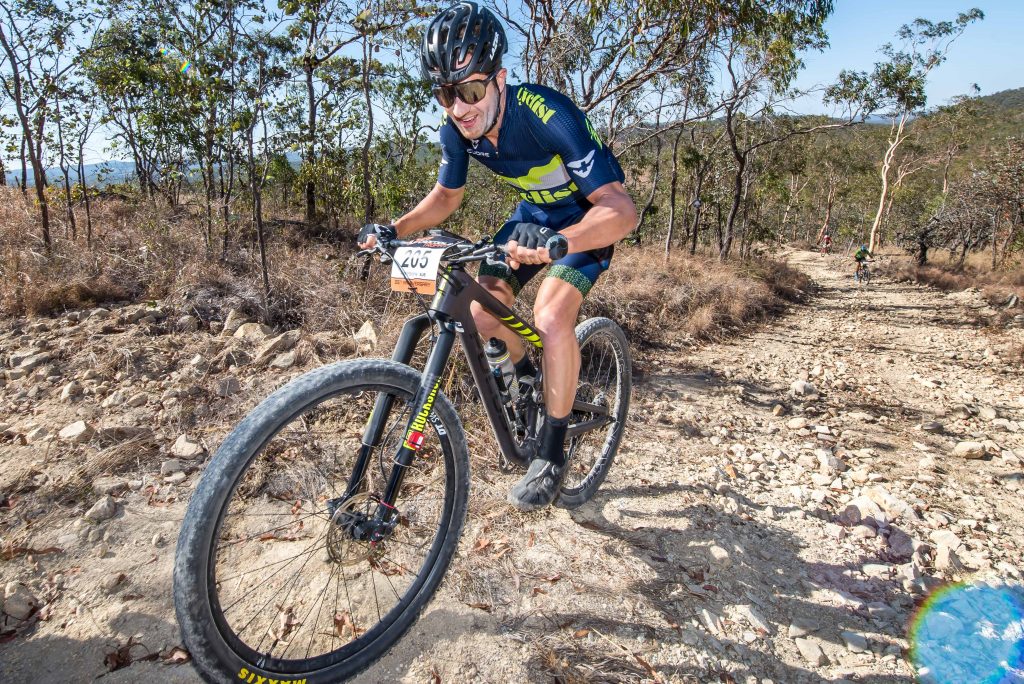 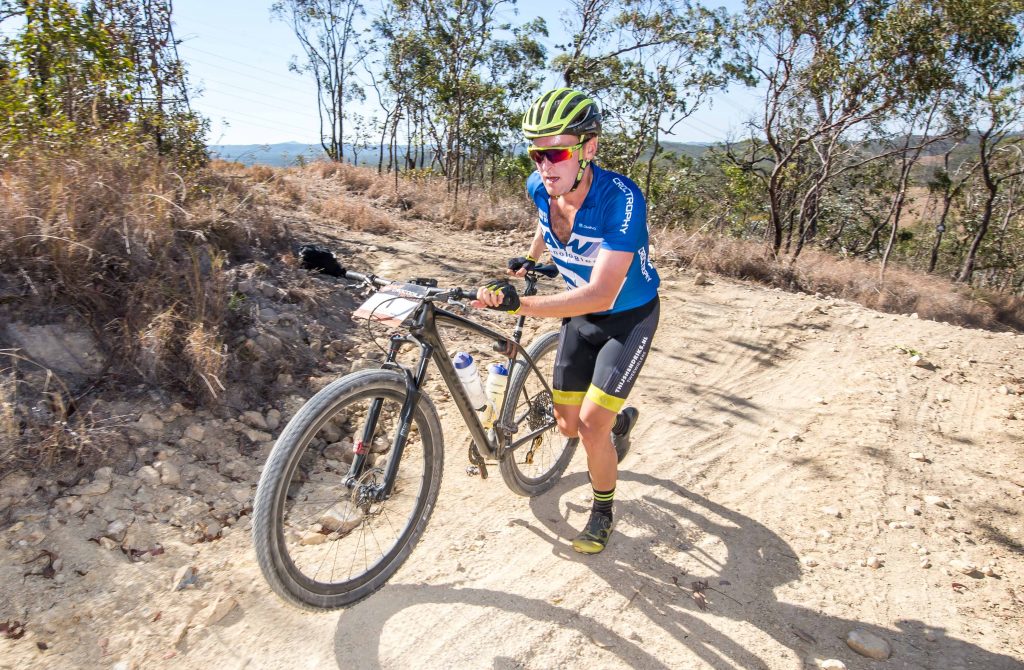 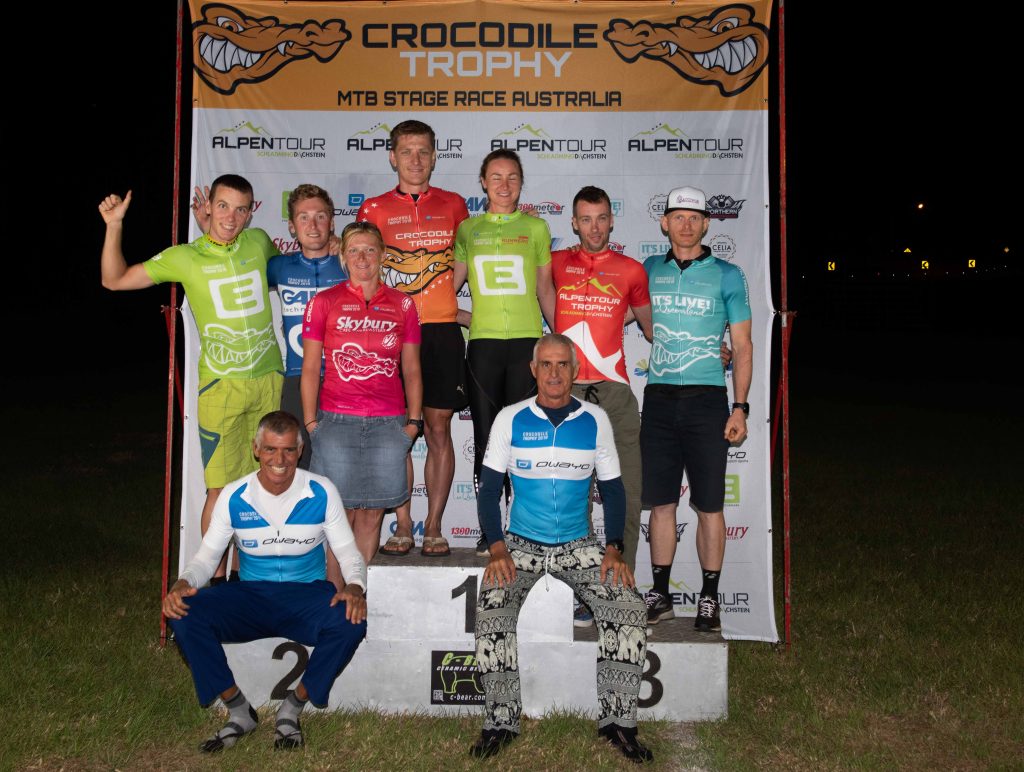 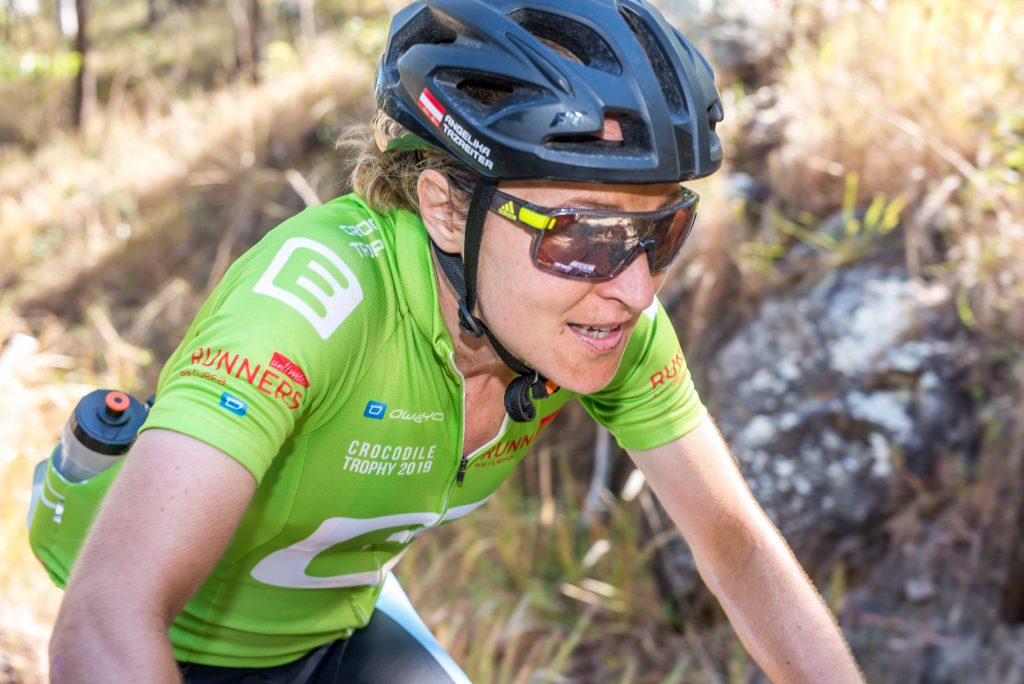