This interview with Croc founder Gerhard Schönbacher was originally published in Vojo Magazine in Dutch. Republication with permission from Vojo Magazine, translation by Crocodile Trophy.

In 2019 bikers from all over the world will travel Down Under for a ‘once in a lifetime’ experience for the 25th time. Afterwards, the Outback will forever remain in their memories, as it has for participants of previous years. We want to reminisce about the history of an incredible competition, which this year may blow out twenty-five candles: the Crocodile Trophy. Together with the spiritual father of the Crocodile Trophy, Gerhard Schönbacher, we look back to the present and future. 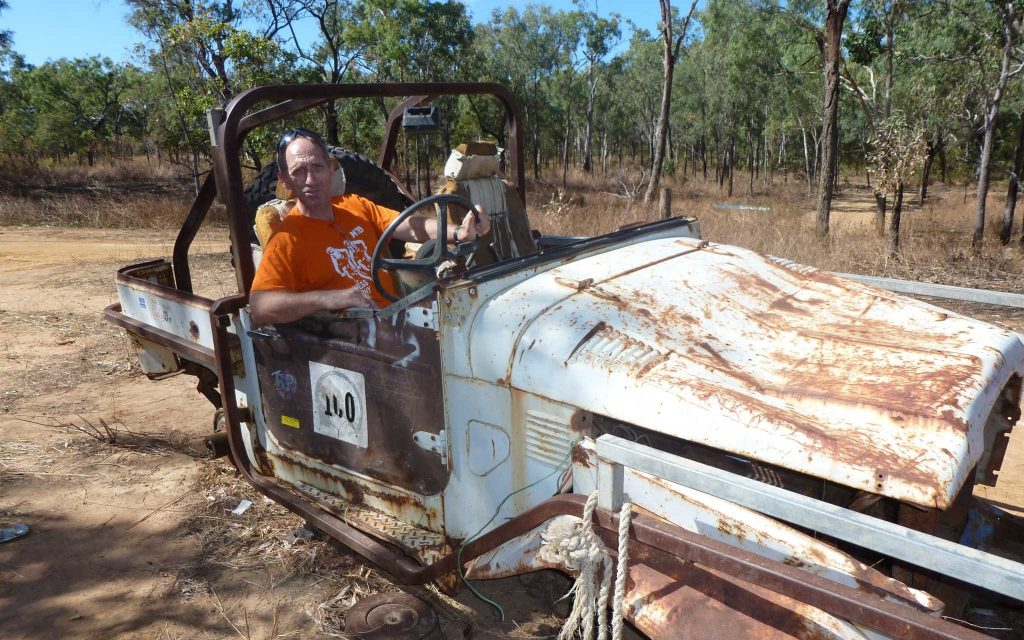 Somewhere in the early nineties, former road cycling pro Gerhard Schönbacher had plans to organize a multi-day mountain bike stage race. Originally the Austrian thought of Vietnam, but fate eventually brought him to Australia. As the vague plans began to take shape, however, an important detail was still lacking. His brainchild did not have a name yet. When Schönbacher set up camp on the edge of a river for the umpteenth time and saw crocodiles coming out of the water, the name for his race came to him: Crocodile Trophy! 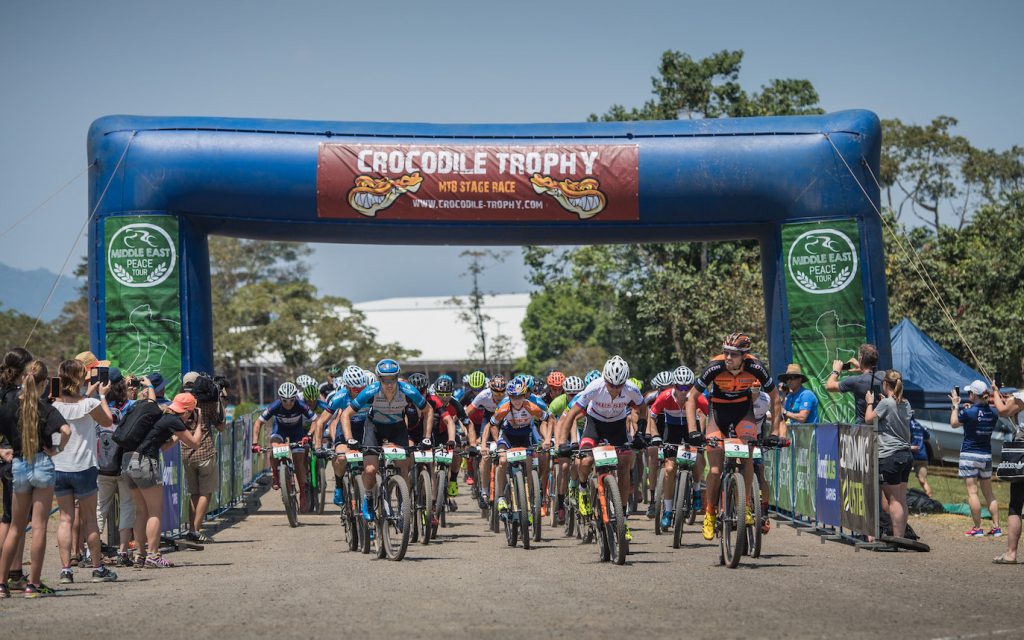 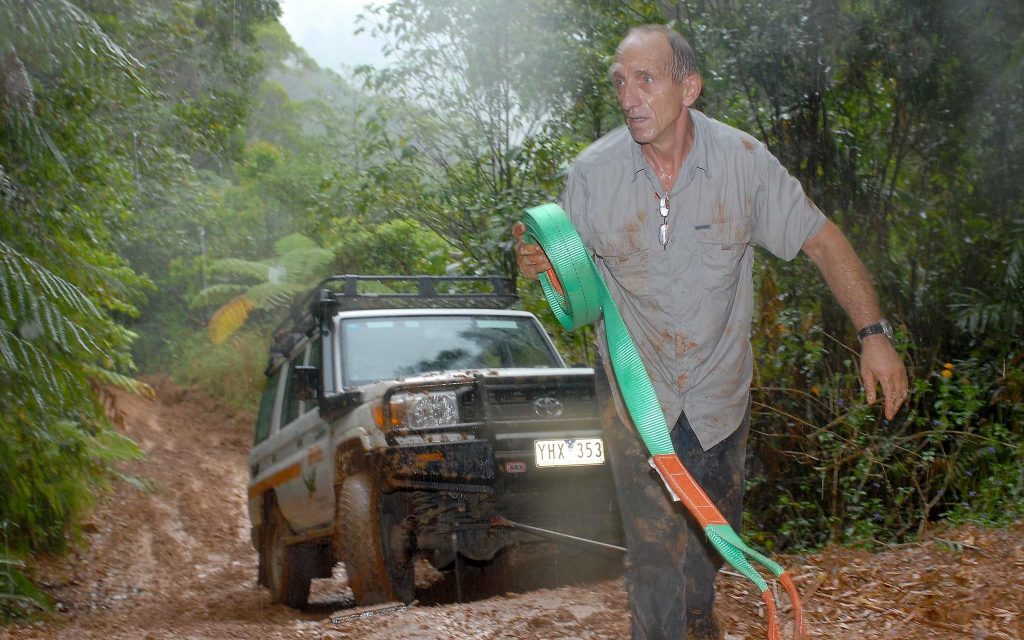 VM: Gerhard, the Crocodile Trophy blows out 25 candles this year. How do you look back on all these years?

Twenty-five years is almost half of my life, so all those years have indeed had a certain impact on my life. The first 15 years of the ‘Croc’ I spent six weeks a year in the outback, later this turned into three weeks. My head is now full of memories and when I look back, both the good and the difficult situations have made me stronger. For example, I think of the moments when I drove utterly alone through the outback in search of new tracks and days on end meeting no other human being. Or the days when I drove lost or had to manually repair my car that had broken down. And if you then make dinner at the campfire and sit next to a creek and know that no one lives within a radius of 200 kilometers, that at that moment you are all alone with nature and animals … these are special moments that I do miss… 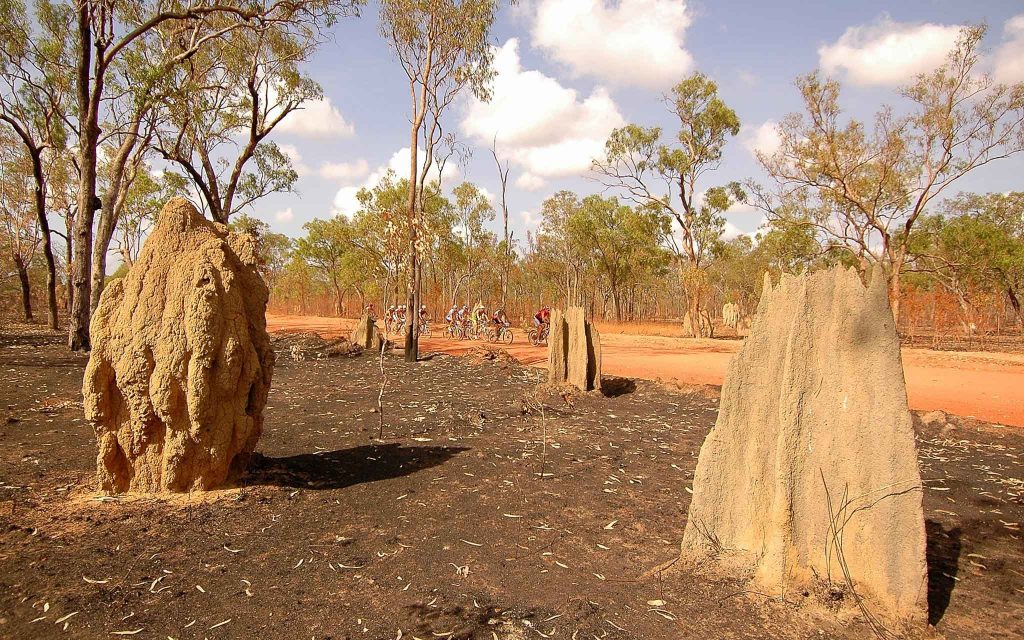 VM: Didn’t I hear somewhere that you met your wife during the Crocodile Trophy?

No, that was in the Alpentour Trophy 2003 (another event by Schönbacher, ed), when she was a doctor with the Red Cross.

VM: During the Crocodile Trophy you got to know a lot of riders very closely. You for instance helped the ex-Croc winner Adam Hansen to start his career on the professional road racing circuit; he is now a valued rider at Lotto-Soudal and a respected racer among the professional pelotons …

True, an owner of a bike shop in Cairns came to me one day asking if I could not help a young rider to race in Europe. At that time I also had a sports management agency.
I then helped him into an Austrian amateur team and two years later I transferred him to T-Mobile and that was the beginning of a fantastic career indeed. 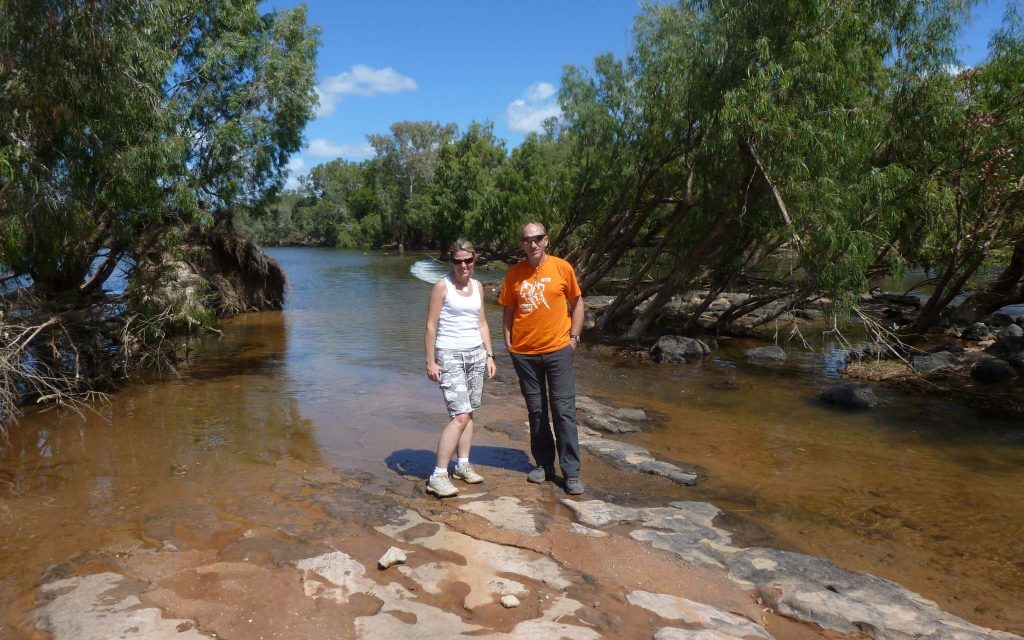 VM: Despite all these memories, you have decided that it is time to step aside and leave some tasks to others. Why this choice?

When you get older, you have less energy and you can not work as hard as you used to. And you also need to listen more carefully to the signals from your body. It is also time for new things in my life. Many people asked me in the past “what do you think you can achieve?” My answer is always the same. If man had never believed in his dreams and visions, we would never have invented the wheel and never stood on the moon. I have always been strongly inspired by a quote from Nelson Mandela: “Sport has the power to change the world!” 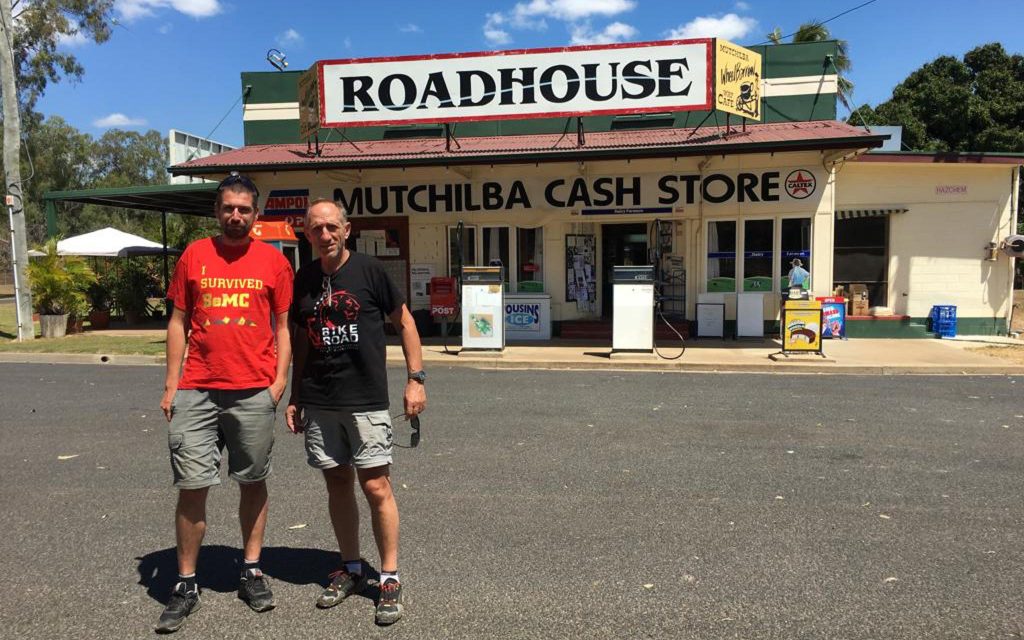 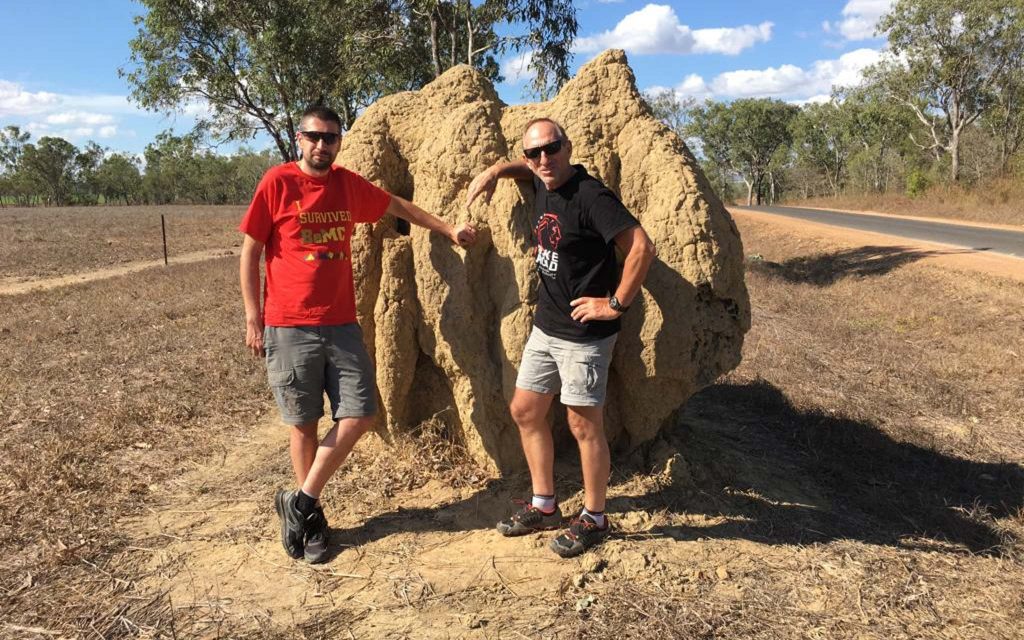 VM: One of the people who will assist you in the future is Koenraad Vanschoren, whom we mainly know as organizer of the BeMC. Why did you choose Koenraad to take over some of your tasks?

I have known Koenraad for more than five years now and in recent years he helped a lot with the organization of the Crocodile Trophy and the Alpentour Trophy. He always did a fantastic job and he is also very enthusiastic, but he has his heart in the right place. Together with Regina Stanger and Brendon Skerke Koenraad forms the core of the organization behind the Crocodile Trophy. 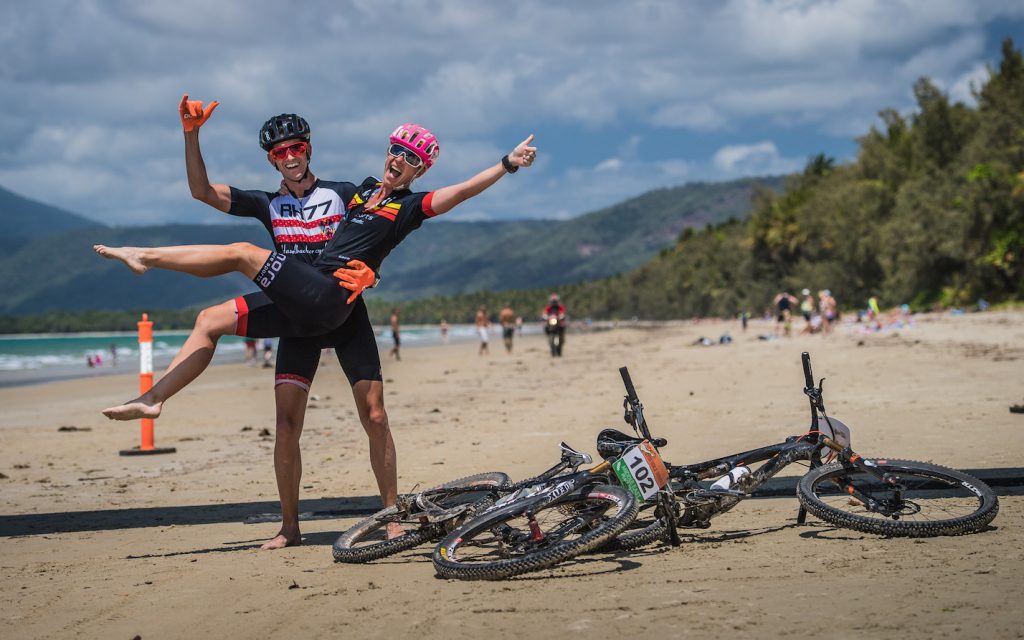 VM: Over time, the Crocodile Trophy has changed. The race has been getting shorter, but it still seems difficult to attract more participants. Why is that?

I think that’s because of the myth hanging around the Crocodile Trophy. When we organized the Crocodile Trophy for the first time in 1995, the race took 17 days and 2556 kilometers. Several stages ran smoothly over the 200 kilometers and no one doubted that the Crocodile Trophy was the hardest MTB stage race in the world. Meanwhile, the Crocodile Trophy has become a UCI stage race and the competition lasts only eight days. The terrain is also much more varied than in the early years when we rode mainly across the wide dusty trails through the outback. Today there are also a lot of singletrails in the stage plan, although the river crossings and the outback feeling remain part of the experience. And we end the race on one of the most beautiful beaches on earth. Nevertheless, many bikers are still afraid to participate in the myth that surrounds them. However, a well-prepared biker can easily ride the Crocodile Trophy. 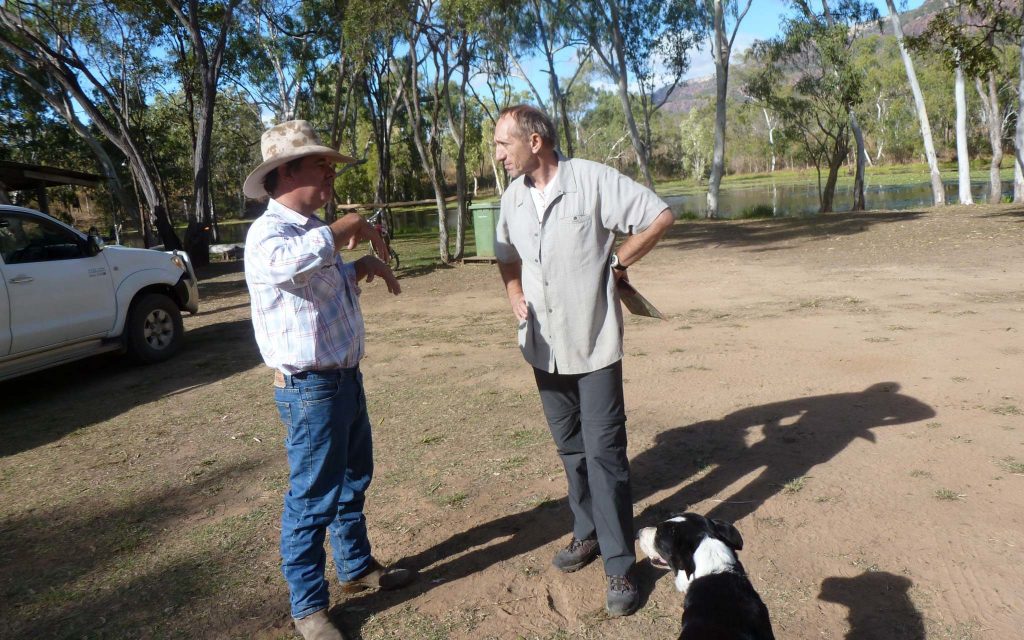 VM: The Crocodile Trophy takes place in Queensland every year, but Australia has so much more to offer. Would it not be more attractive to change the route annually?

That would mean that we have to start from scratch every year and in Australia the laws and the authorizations to organize a competition like this have changed enormously in recent years. For the first ten-fifteen years we could just drop by the farmers for permission, and that was it. That were actually fun times, but that’s just a side note … 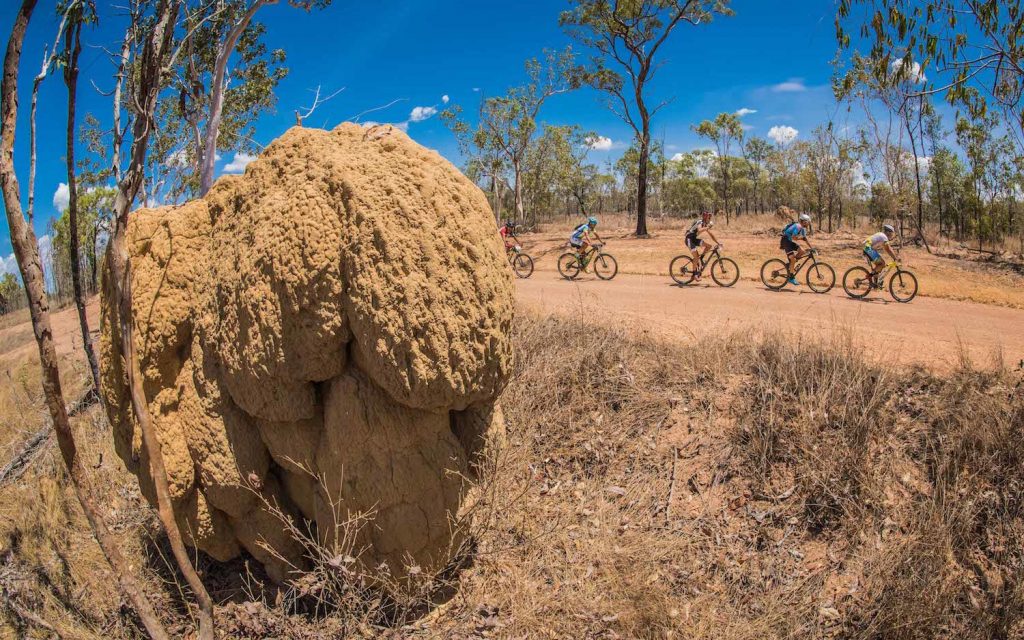 VM: And what about a return to the roots? In the early years, the Crocodile Trophy left Darwin or in the red heart of Australia …

From an adventurous point of view, it is indeed tempting to start again in Darwin, but I remember too well the logistical nightmare … I am too old for that (laughs). But as soon as I will have retired, I want to take a relaxed drive along this route together with my wife, but by car … 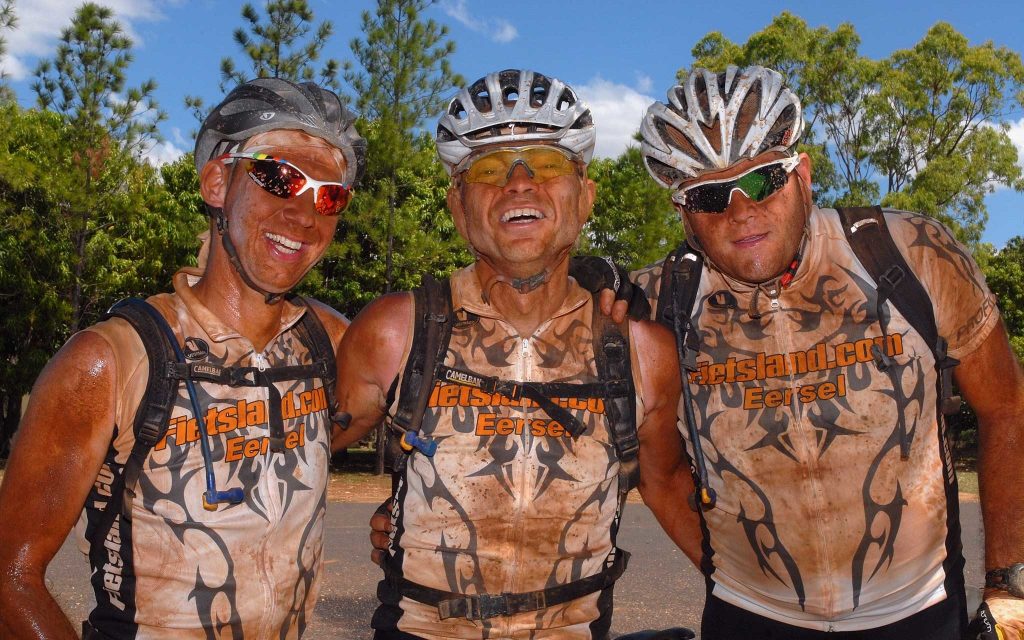 I think it’s the spirit of the outback. In the evening, when everyone is sitting around the campfire, there is a family atmosphere between the riders of different nationalities. If you’re traveling with 200 people, you’ll know everyone after three days. I lost track of how many riders, staff members and companions became friends afterwards. In the stage finish Cooktown we even organized a wedding during the Crocodile Trophy for Wolfgang Fasching, a former winner of the Race Across America. 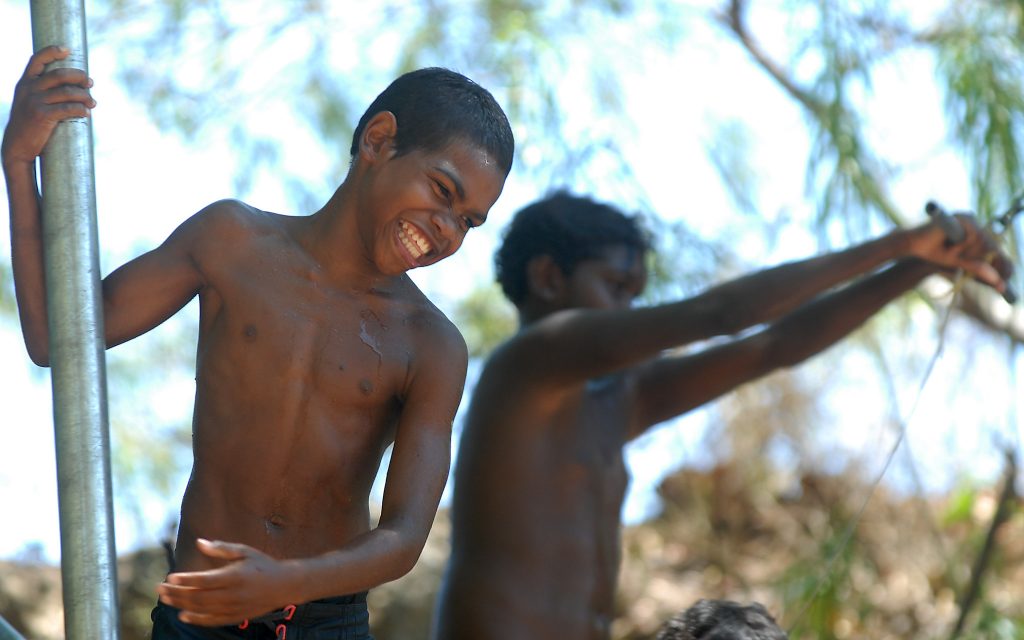 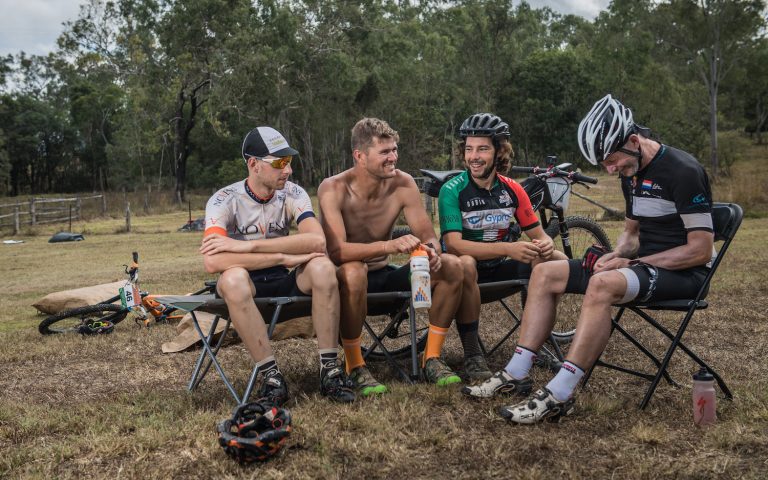 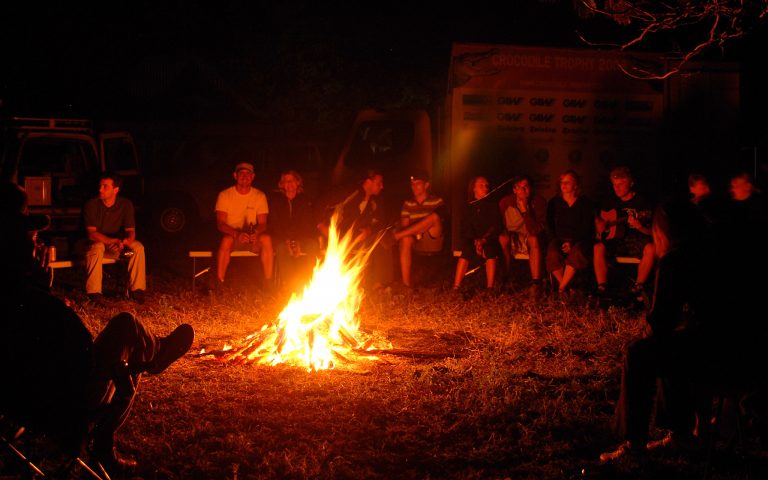 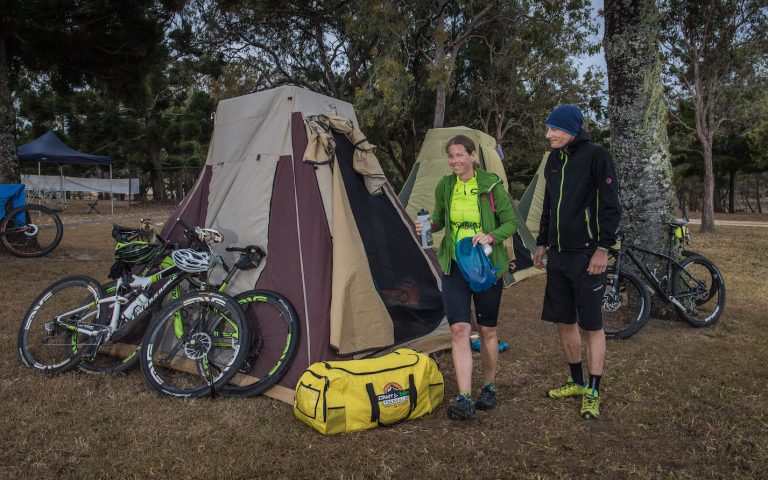 VM: How would you describe the Crocodile Trophy in a few words?

The Crocodile Trophy is an adventure with an incredible sense of freedom that you can only experience in the outback. It is not only a sporting event, the Croc also created its own legend. 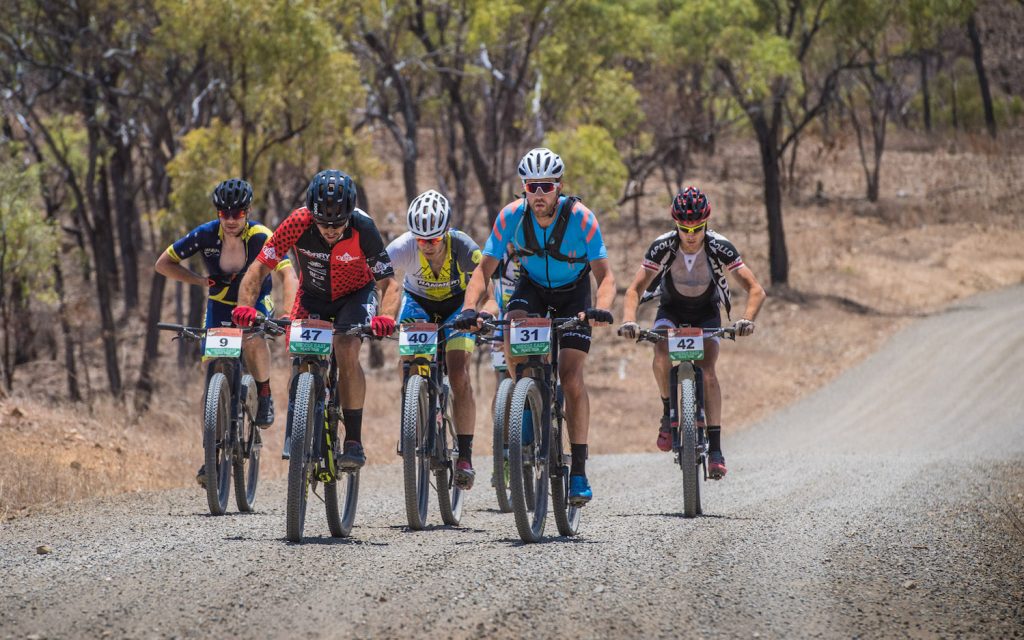 VM: Now that you are handing over more and more tasks for the Crocodile Trophy, does this also have an impact on the Alpentour Trophy that you are also an organizer of?

Not really, but I want to give the young people in my team more responsibilities. I was born in 1954, I belong to the old generation. That is not meant to be negative, but some things overwhelm me, just think of the digital age. That is important in some cases for an event, but I do not understand much of it and frankly I am not crazy about it either. I want to meet people and talk to them. I do not need a thousand Facebook friends, I am happy with five real-life friends. So I’m not on Facebook or Twitter. Until two years ago I had a simple Nokia mobile phone, but Regina convinced me to buy a smartphone. 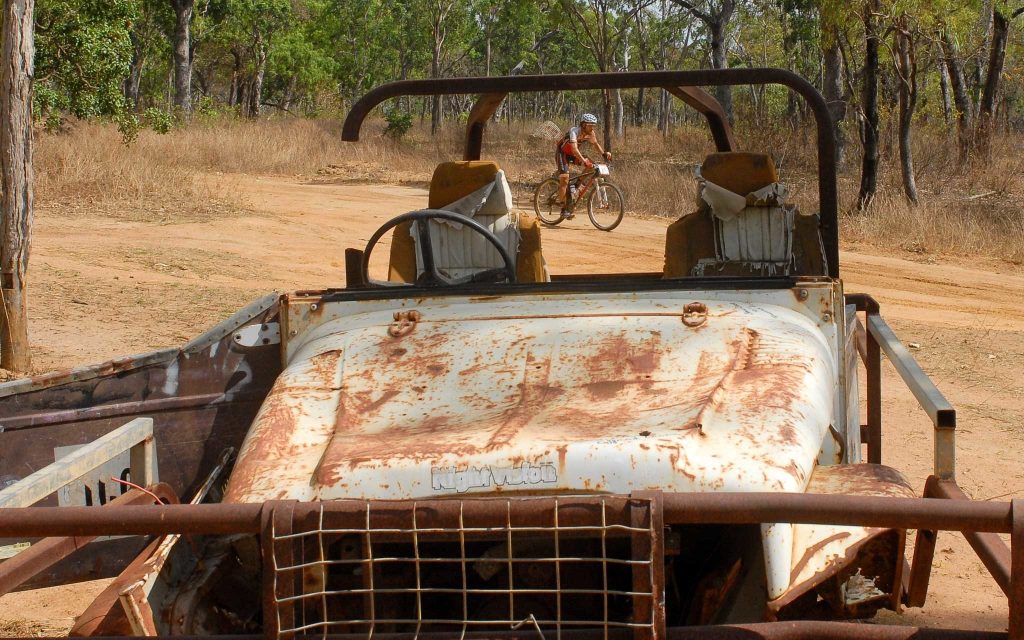 You can still register for the Crocodile Trophy and Alpentour Trophy. More info via the following links: 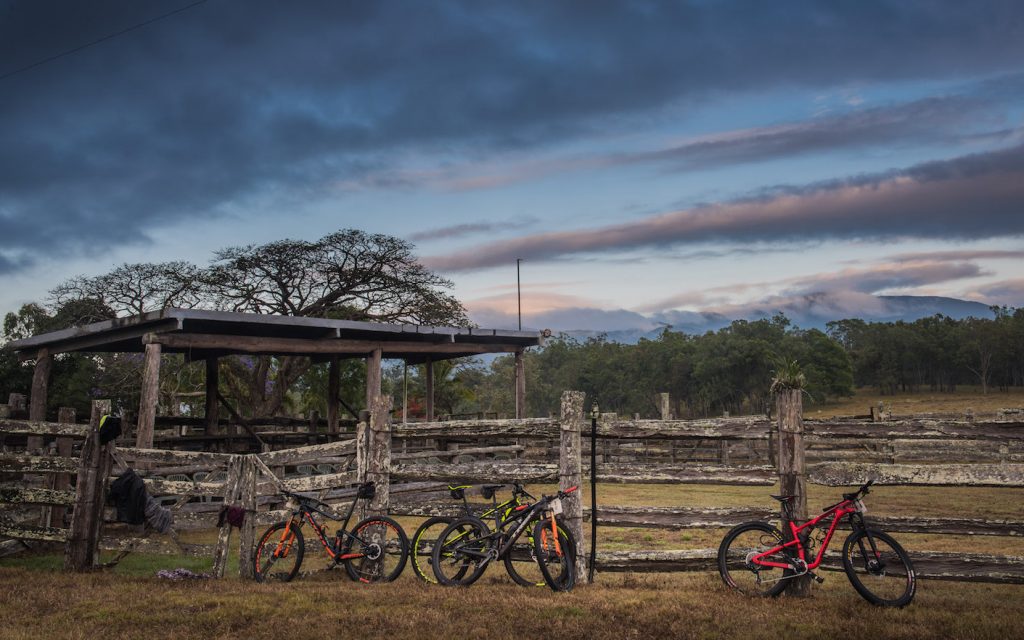