The 25th Crocodile Trophy started in Cairns today and almost 80 race competitors and over 50 crew will take part in the 25th Edition of this iconic event. The Anniversary race kicked off with an Australian stage win: the Australian Michael England (nr. 201) from Gladstone in Central Queensland wins in a sprint finish at Ringer’s Rest against Brandan Marquez Fernandez (nr. 6) from Spain after a winning race time of 3h11:43. The fastest woman is the Austrian elite racer Angelika Tazreiter with an impressive 13th outright placing on the 80km course.

The 36-year old electrician Michael England said that today’s win had been a big surprise, “To win as an Aussie is pretty cool, I didn’t expect to race this close to the front of the field.” He had tried to keep the lead group in his sight on the big climbs early on and was able to manage his pace and heart rate well to eventually catch up. The former professional road cyclist has been mountain biking for five and racing for four years now and the Crocodile Trophy had always been on his radar and he had prepared for the event for almost a year.

The conditions had been very hot, humid and tropical, the Central Queenslander said of the day’s racing and that even for him it had been challenging. “The heat really hits you up here, it’s just blaring down on you in between the trees up in the mountains. The first 35km felt like 70km – that first section of this stage just drains you and even as a local CQ boy I was hurting. With one hour to the finish I was cramping.”

Alan Gordon (nr. 3) from South Africa had been in the lead group all day and with 5km to go England attacked. Fernandez was able to hang on for the sprint finish and Gordon finished in third with a gap of 1min. Amateur racers Bram Saeys (nr.209, BEL) and Alex Malone (nr. 205, AUS) finish together with a big gap of almost 8 minutes in fourth and fifth, the Austrian Lukas Kaufmann (nr. 5) is in 6th.

The fastest woman is the 2018 Austrian National Marathon Champion Angelika Tazreiter (nr. 101) who spectacularly finishes in 13th position outright in 03h47:36. Tazreiter said that she had enjoyed a great ride and was awe-struck by the different environments from jungle to desert throughout the day. The racing experience had been completely new and dealing with the so different conditions was challenging; the 32-years explained that in dense rainforest a vine had caught and torn her jersey and nearly pulled her off her bike. Tomorrow she was looking forward to more single track in Davies Creek MTB Park that she loved today.

The stage plan of the 25th Anniversary edition of the Crocodile Trophy will be a celebration of this iconic mountain bike stage race’s history over the last quarter of a century and an homage to the land it calls home: Australia. It will showcase the beautiful landscapes of Tropical North Queensland and its 709km will take its riders from the tropical surrounds of Cairns through the rainforests and onto the lush farming land and so typical Australian bushland of the Atherton Tablelands. The event then heads for the iconic Outback mining country near Herberton next and then stops in the tropical paradise that is the Skybury Coffee Plantation before winding its way further North and via majestic rainforest trails back towards the coast and finish on Four Mile Beach in Port Douglas.

The course will transverse over 700+ kilometres with an approx. climbing of 13,000 – 14000vm. There will be four main stage destinations: the Crocodile Trophy camp will be set up at Ringers Rest, Wondecla and Skybury Coffee Plantation for two nights each before the last night in the Mt Malloy area. With a daily average of 88km, this year’s longest stage will be 125 km long and the shortest stage will be a 34 km time trial.

The course was designed by our seven-time finisher Brendon Skerke, a Cairns-local who has instilled all his passion for this race and his enthusiasm for mountain biking in his home region in and around Cairns into this anniversary stage plan.

For the first time the Ringers Rest bush venue and camp is hosting the Crocodile Trophy. Starting today it offers an authentic stay in the Australian bush for the first two nights of this year’s event. Ringers Rest is nestled in the Mareeba valley of the Cairns Highlands, the Atherton Tablelands. It is surrounded by open woodlands and the rocky remains of ancient volcanic activity. Here the race participants will be able to recover in the so typical Australian bush setting. Surrounding the camp are relics from the past, old cattle yards, a traditional bush kitchen, native wildlife, farm animals and a campfire to relax by, all creating an authentic portrayal of life in the Australian bush and a place to recover from a tough day in the saddle.

As the sun sets and illuminates the evening sky with a vast array of colours and patterns, the 2019 Crocodile Trophy competitors and crew are settling down at the dinner table to refuel with nutritious and delicious food from the region. Tomorrow’s stage will be a 76km circuit marathon with 1900vm through Danbulla Forest National Park. 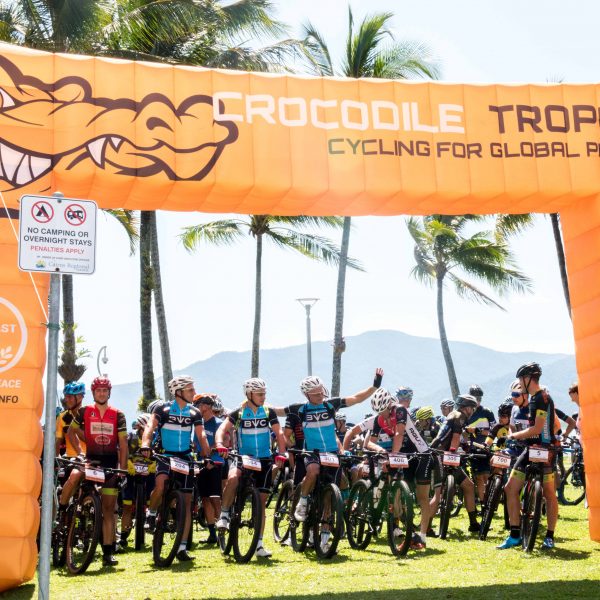 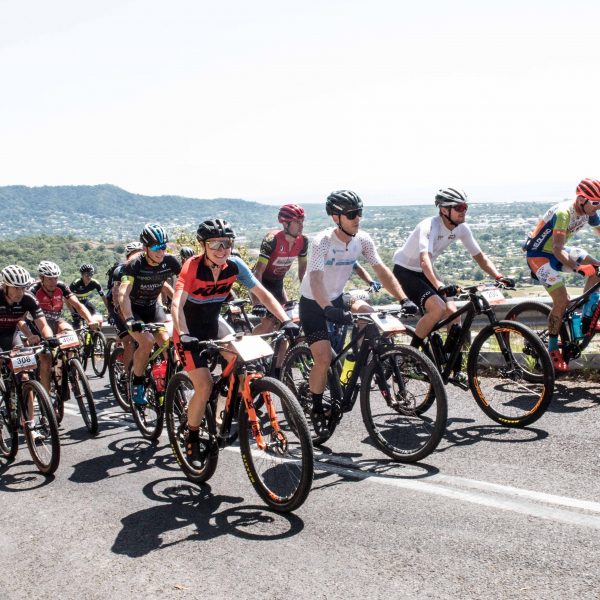 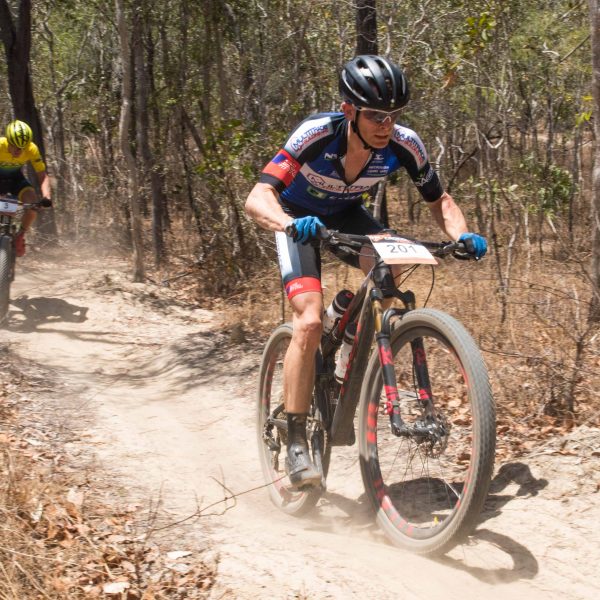 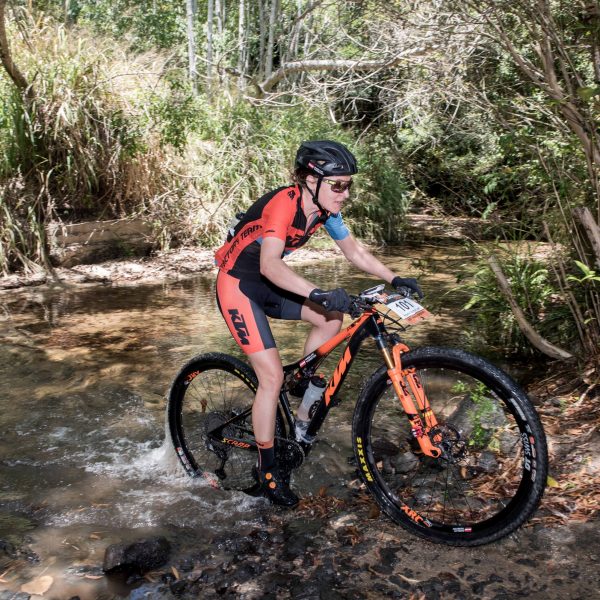 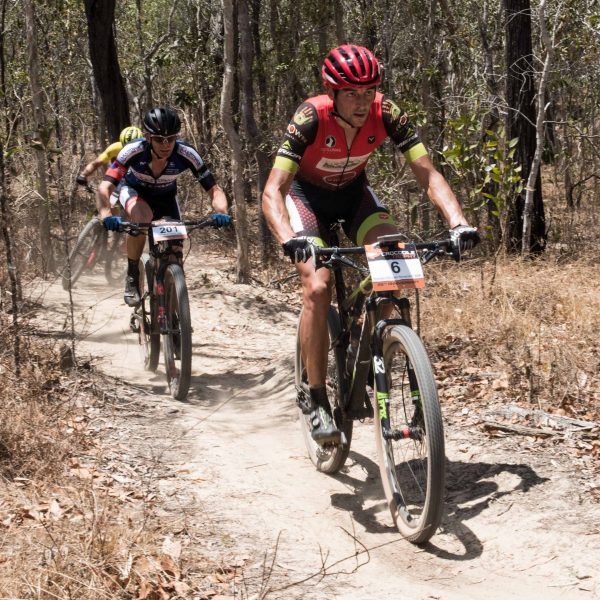 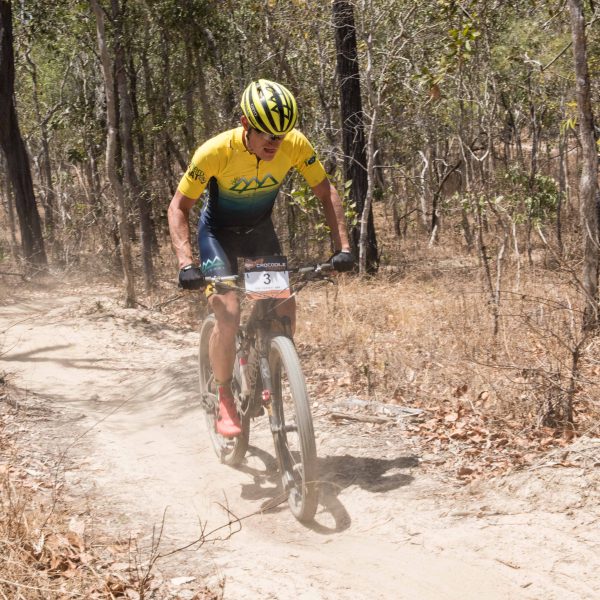 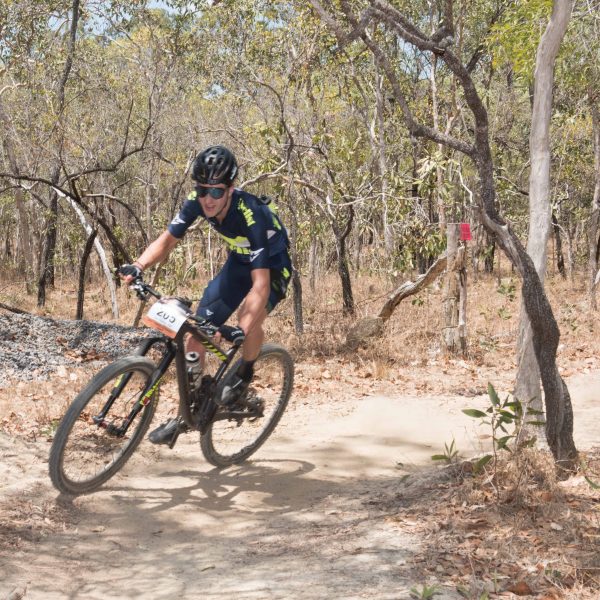 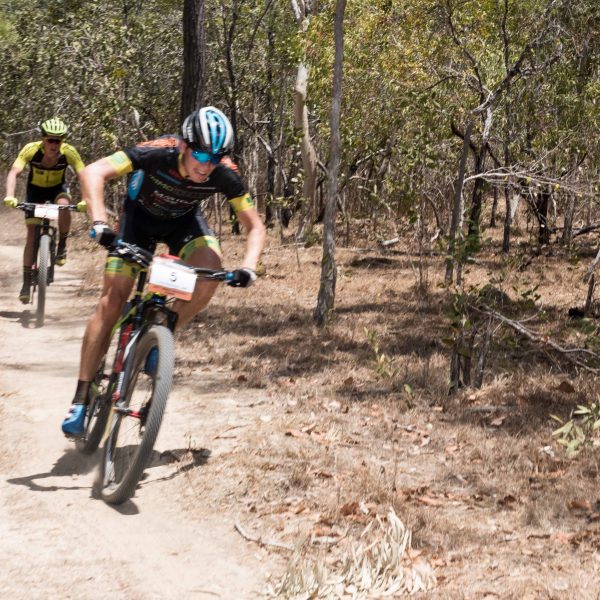 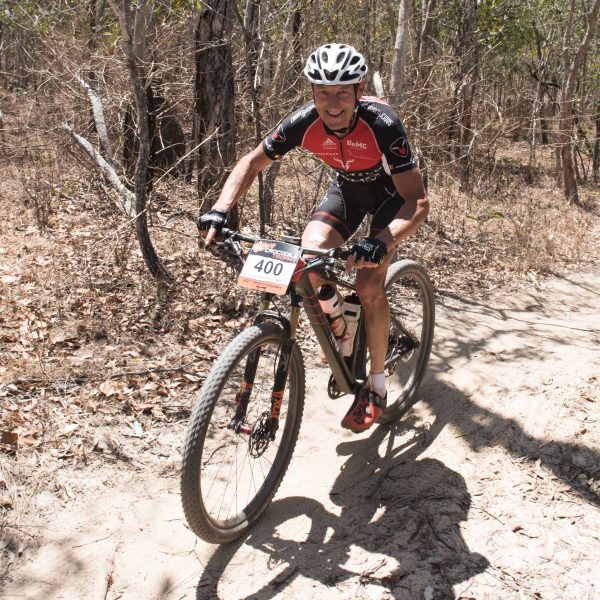 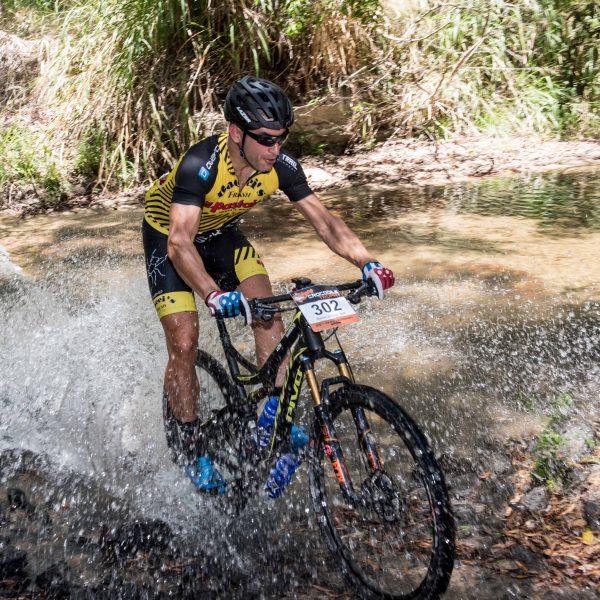 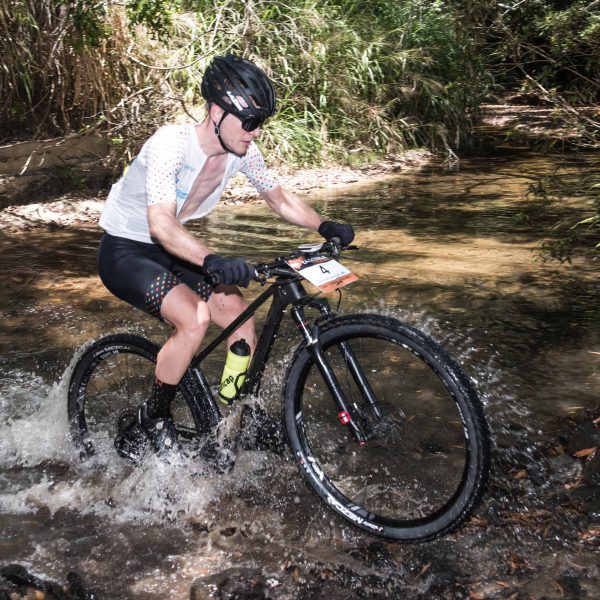 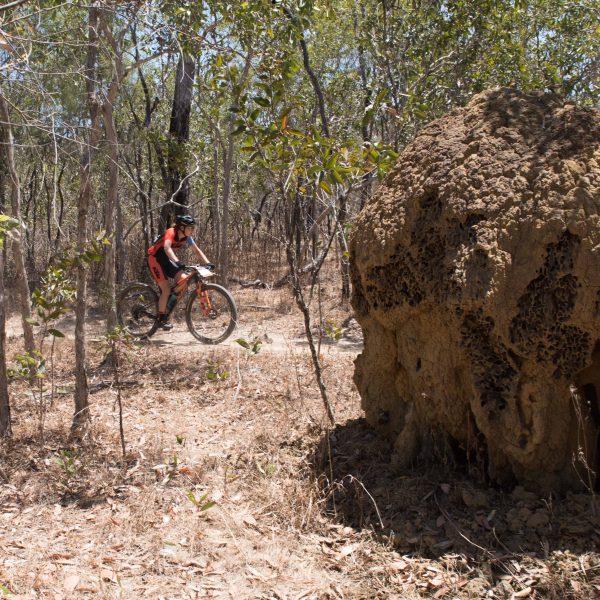 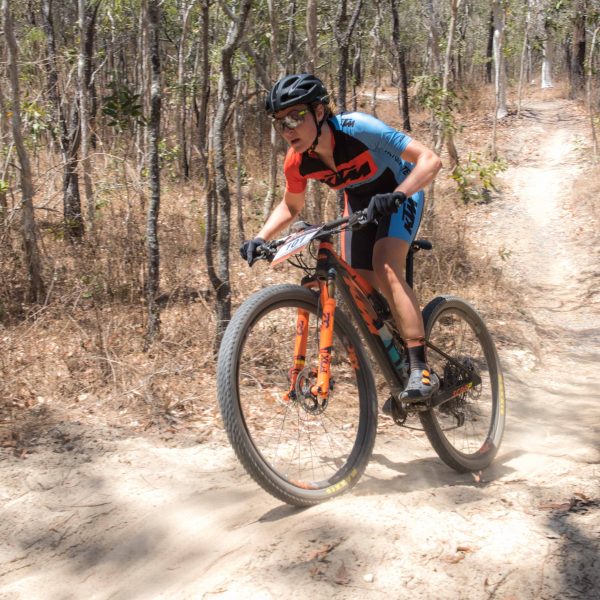 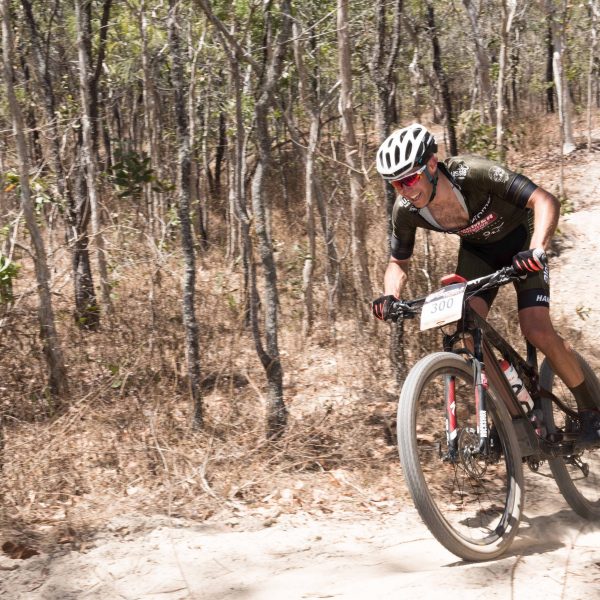 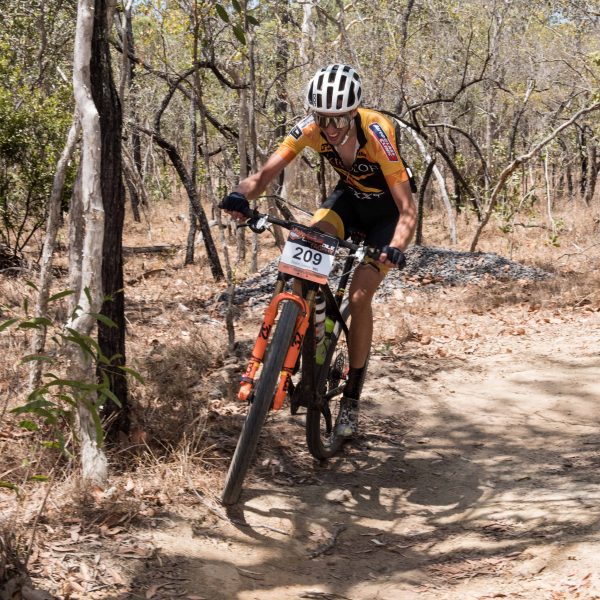